Back / العودة
You are here: You are here: » News » Twelve Contestants Qualify for the Fourth Stage of the College Poet Competition 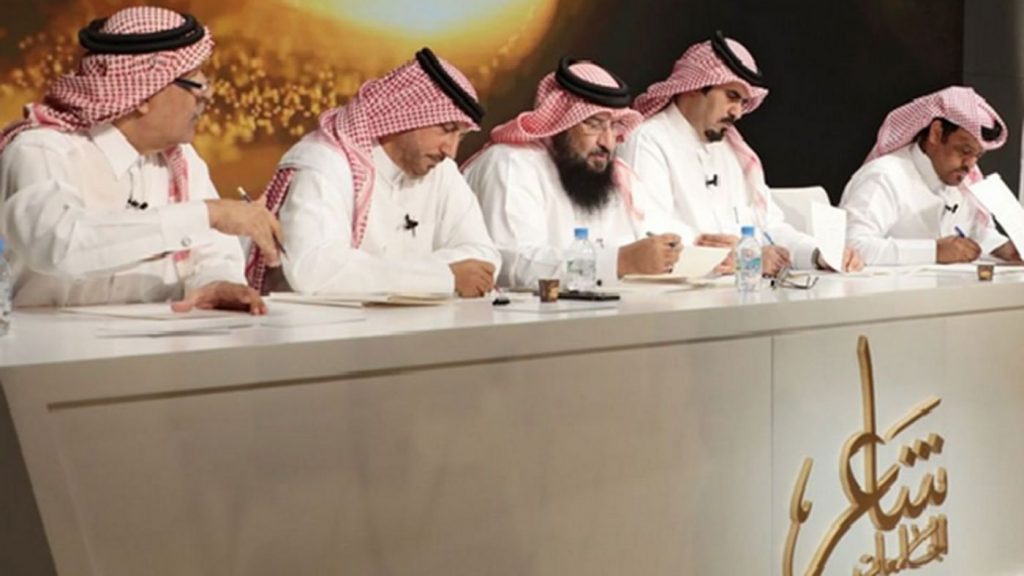 Twelve out of twenty-four aspiring poets have qualified for the fourth stage of the College Poet competition, which is organized by the Ministry of Culture’s Center for Arabic Poetry (Diwan Al-Arab). The competition is organized in collaboration with Qatar University and other Qatari civilian and military colleges and universities. It is scheduled to continue through March on Qatar University’s campus. The contestants are competing in two categories: Nabati (Colloquial Arabic) and Faseeh (Standard Arabic) poetry, and the prizes total QR 180,000. The fourth stage of the competition is scheduled to start on Monday, February 21. In this stage, the contestants will be challenged to compose original poetry on topics selected by a panel of judges. A number of the contestants asserted that the competition fulfills the dreams of talented students in Qatari civilian and military colleges and universities, as it helps them make an appearance on the poetry scene and potentially launch their literary careers.

Contestant Abdul Muhsin Al-Himi explained that this is his first time to participate in the College Poet competition. He described it as a valuable experience that made it possible for him to meet talented peers from other universities, learn to write original poetry in a short time, and research the topics chosen by the judges for the contestants to write about. He believes that all the participants, including those who do not qualify for the final stage, have learned a lot and developed their talents significantly. He said that he can see his dream of winning the competition within reach and stressed that he would give it his all to be a finalist. Al-Hamimi expressed his gratitude for the efforts exerted to make the competition such a success and described the competition as a unique way to discover new talents.

Anan Al-Dahabeeb, another contestant, commented that the competition has already brought new talents into the Qatari literary scene. He also sees the competition as a valuable opportunity for the participants to expand their literary repertoire, particularly given the interesting topics selected by the judges. He added that the competition has been a real test for him, but it has helped him identify his strengths and offered him feedback that helps further improve them. The competition was also a good opportunity for him to meet other aspiring poets. He concluded his remarks by commenting that each stage of the competition is more challenging that the previous ones. To him, impromptu original poetry was a tough challenge, especially that contestants had only ten minutes to compose poems about a specific topic.

Eissa Al Khalifa, who is also a contestant, explained that this is his third time to participate in the College Poet competition. Although he was not a finalist in his previous attempts, he still sees them as valuable experiences, as they helped him explore his talent for poetry. He hopes to be a finalist in this year’s competition, which he sees as a new challenge and an important experience for all the participants. He believes that all the contestants will gain a lot, particularly from the challenge to write original poetry within a short time on a topic selected by the judges. He appreciates that the judges choose topics related to Islamic values, such as kindness toward parents and tolerance. In his view, such topics enrich the literary production in Nabati and Fasseh poetry.