Back / العودة
You are here: You are here: » News » Tomorrow. Katara traditional bearings Festival kicks off with participation of 9 countries 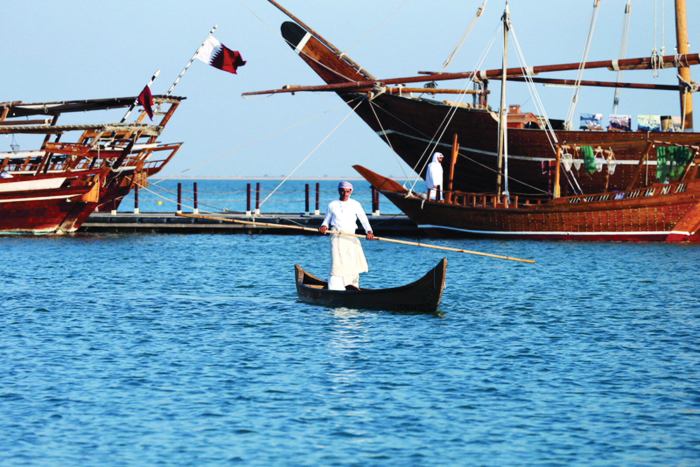 The 11th edition of the Katara traditional bearing festival will take place on Tuesday to coincide with the launch of the 2021 Arab Cup ، It shall last until December 18 along the Katara waterfront. With the participation of the State of Qatar and eight other countries: the State of Kuwait, the Sultanate of Oman, the Kingdom of Saudi Arabia, Iraq, Iran, Greece, India, Zanzibar, Turkey. The festival includes a variety of competitions and activities. This version of the festival is characterized by a different geometric design than the rest, where the audience will be able to follow all the events from both the beach and the waterfront،

pergolas, the craftsmen’s market, and the pavilions of the participating countries, in addition to the museums, authorities and ministries involved, such as the Ministry of Culture, the Municipal Ministry, the Engineering Office, the Qatar Museums Authority, the Sheikh Faisal Bin Kassem Museum, and plastic artists, throughout the festival, are also distributed which will be more comfortable and safer for festival visitors. The festival will also present more than 85 crafts from Qatar, and about 100 crafts from the Sultanate of Oman, all of which are traditional crafts drawn from the maritime heritage of the Gulf states. The festival includes a number of marine competitions, including the Al-Nahma competition, in which a group of scavengers from Qatar and Kuwait will participate, and the results of which will be announced on December 18, in addition to the hadak competition, which will be held on Thursdays, Fridays and Saturdays throughout the festival and, the results of the qualifiers will be announced on December 18. As for the sailing and canoeing competition, it will be on Friday and Saturday, while the Shush and Equestrian competition will be held on a daily basis.