Back / العودة
You are here: You are here: » News » Theater Affairs Readies to Start its New Season with Al-Asmay Baqouh 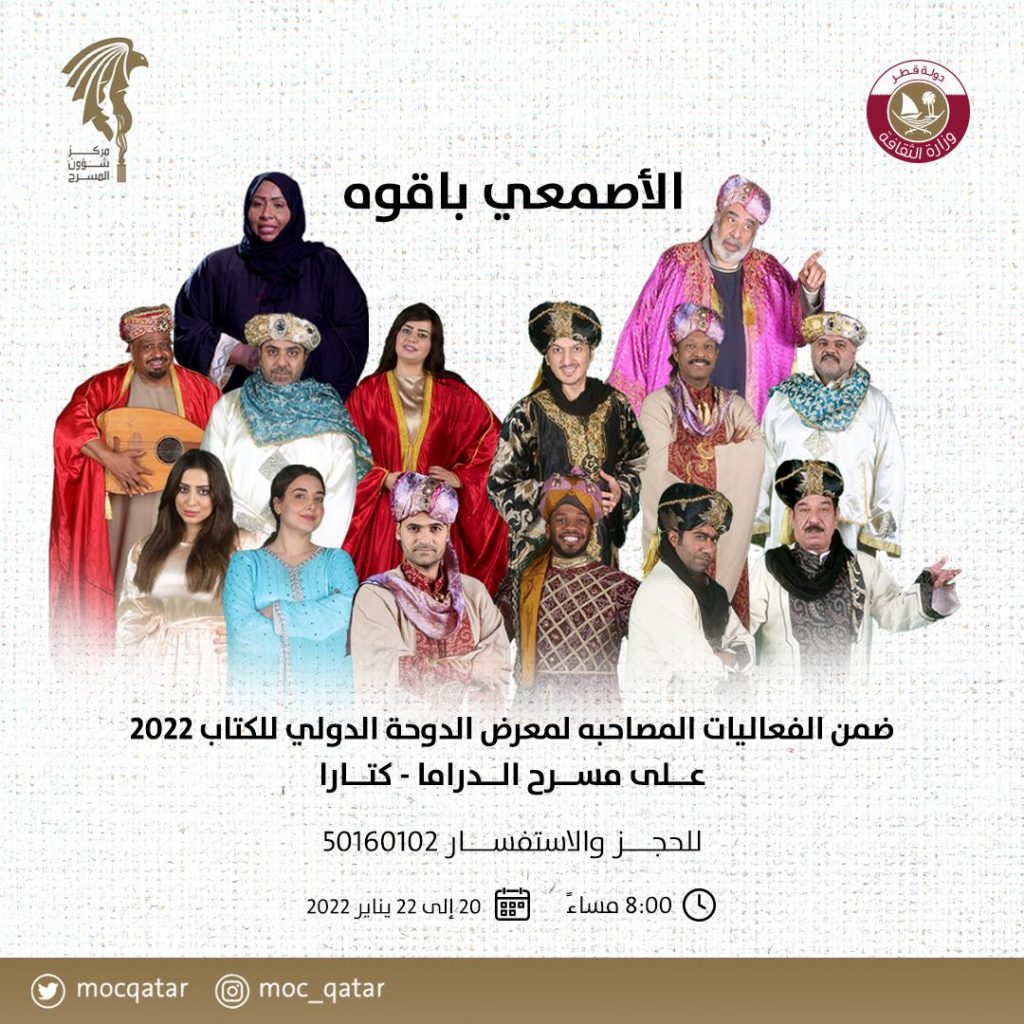 The Ministry of Culture’s Theater Affairs Center is getting ready to open the curtains on its new musical Al-Asmay Baqouh at the 2022 Doha International Book Fair. The play will open at the Drama Theater at the Cultural Village – Katara on January 20 for three consecutive days. The cast and stage team are currently working on the final preparations for the play, marking the beginning of the theater season, which promises a series of exciting shows.

The musical is written by Abdul Rahim Al-Siddiqi and Tayseer Abdullah and is directed by Saad Al-Bourashid assisted by Ibrahim Larry. Music score is by Ali Hussein and distribution by Abdul Rahman Al-Riyyami. Costumes are by Aisha Al-Nuaymi. Amwaj Dance troupe is participating in some sketches, as the play include Arabic traditional songs and dances choreographed by Enrika.

Abdul Rahman Al-Siddiqi, Director of the Theater Affairs Center, explained that the play brings back to life the famous incident concerning Al-Asmay’s well-known poem The Curlew Song in order to address the modern issues of intellectual rights and brain drain. He noted that the Center is in the process of preparing for additional new shows that deal with critical modern themes for the next theater season.

Al-Siddiqi expressed his pleasure to see the musical, in addition to a number of puppet shows, at the Doha International Book Fair. It is the first time for the Qatari theater to participate in the book fair. Al-Siddiqi concluded his remarks by thanking the leadership of the Cultural Village – Katara, the Qatar Theater Company, and all those who contributed to the success of the event.