Back / العودة
You are here: You are here: » News » The Semi-Final Stage of the College Poet Competition Starts

The Semi-Final Stage of the College Poet Competition Starts 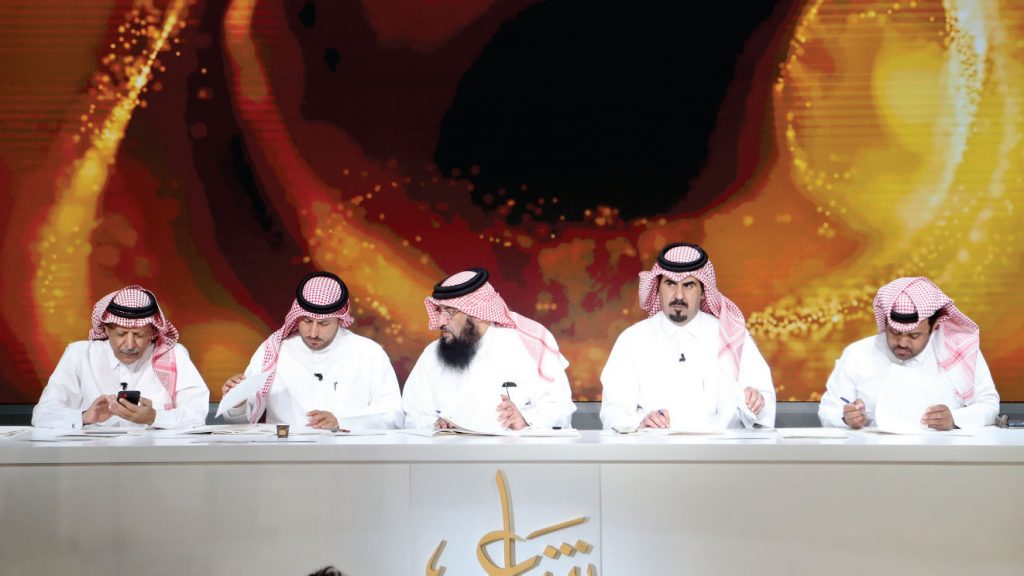 Yesterday marked the beginning of the semi-final stage of the College Poet competition, which is organized by the Ministry of Culture’s Center for Arabic Poetry (Diwan Al-Arab). Six aspiring poets in the Nabati (Colloquial Arabic) poetry category and six in the Faseeh (Standard Arabic) poetry category will compete in the final stage.  The results will be announced later today, and three contestants in each category will advance to the final stage, which will start in March. The competition is organized in collaboration with Qatar University as well as other Qatari civilian and military colleges and universities. The awards total QR 180,000.

The contestants in yesterday’s competition were challenged to compose 15 lines of poetry on a theme chosen by a panel of judges. For the Natabi poetry category, the theme was Caliph Omar bin Al-Khattab, and for the Faseeh category, the theme was famous female poet Al-Khasaa. This was the same type of challenge as in previous stages of the competition. A number of the contestants agrees that the competition fulfills the needs and expectations of young poets and college students because it helps them make an appearance on the poetry scene and helps their talents be notices and recognized.

Renowned poet Shabib bin Arar, Director of the Center for Arabic Poetry (Diwan Al-Arab), explained that by the end of this stage, six contestants will qualify in the two categories to compete in the final stage, which will start in March. He noted that the final stage will be held during a celebration with numerous guests, and he promised the audience some interesting surprises.

Bin Arar summarized the semi-final stage, in which 12 contestants participated. The contestants read poems they prepared in advance on topics that had been specified by the judging committee. The topics were two historical figures, so that contestants would be encouraged to research them. Bin Arar lauded the contestants for the poems they wrote. He concluded his remarks by saying, “This year’s competition has already revealed some true talents. Diwan Al-Arab is committed to supporting these talents in the future, including those who did not qualify to the final stage. The competition has been a success, and the participants have performed exceptionally.”