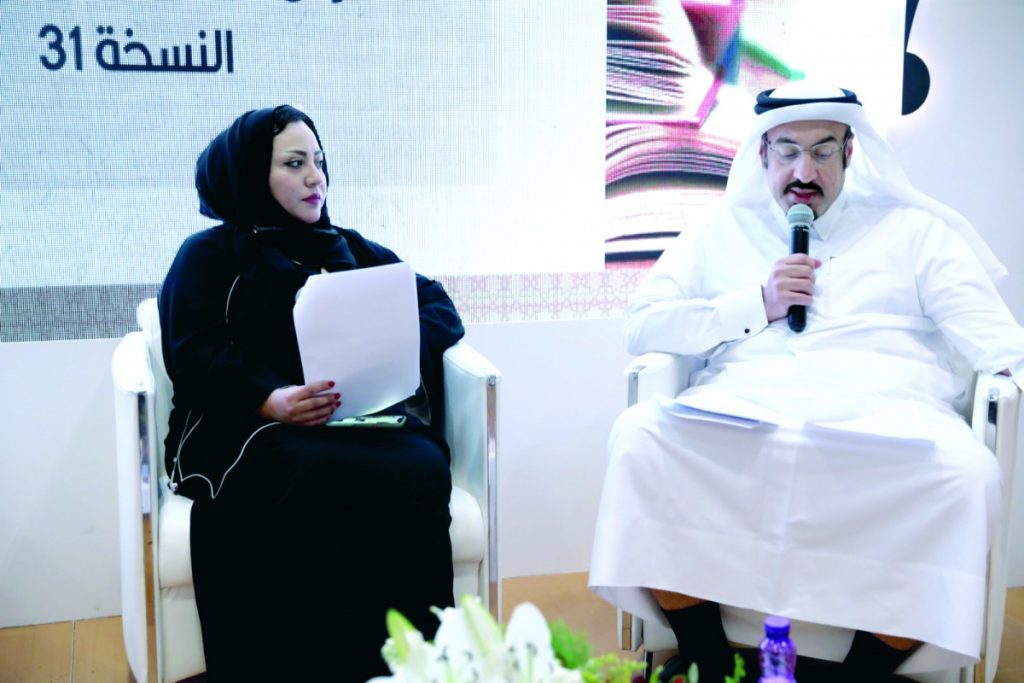 The Qatari Forum for Authors devoted a special session titled “An Initiative to Discuss World Literature,” held on the sidelines of its participation at the Doha International Book Fair. The initiative, held under the exhibition’s umbrella, was presented by Reem Daibes and Hassan Anwari. Daibes opened the “initiative” by stating that literature has always been a means of learning about different cultures, the idea that writers and thinkers in every nation bear the burden of presenting in an artistic image that achieves knowledge for all.

She added: “The term ‘world literature’ refers to a group of national literatures in the world, and the concept of ‘nationalism’ relates to the close relationship between the writer and his country, but this concept changes from one era to another and from one society to another, and it cannot overlook nationalism as the spirit that gives literature the characteristic that enables us to identify it, for without it, literary production lacks essence and resourcefulness.

She explained that this concept, which no mature writer can ignore or evade, is based on three main points: interest in the local national language and its authentic attributes, the urgent desire to see the lives of the people of the country, region, or province resonate in literary works, and arousing the patriotic spirit in literary works with national opinions and feelings.

Hassan Anwari, on the other hand, reviewed the importance of reading world literature, explaining that an experiment conducted by researchers at Emory University to image the brain activity of twenty-one students after reading Robert Harris’s novel Pompeii showed greater activity in the brains of those who were subjected to the experiment, and an increase in connectivity between brain regions and improvement in their functions. Moreover, scientists conducted an experiment on two groups of readers, the first read Anton Chekhov’s story The Lady with the Little Dog, while the second read the events of the same story in a superficial manner. Later, the first group recorded a greater ability to empathize and feel for others, and the researchers concluded that reading literature contributes to the maturity and development of personality.

Anwari stressed that world literature enriches the reader’s knowledge repertoire, because reading novels and other genres in general is not merely done for the sake of plot; rather, novels include discussions of unrevealed dates and events, and they provide new information to the reader, as well as developing the flair of expression and writing.