Back / العودة
You are here: You are here: » News » THE CURTAIN FALLS TODAY ON THE LARGEST EDITION OF DOHA INTERNATIONAL BOOK FAIR 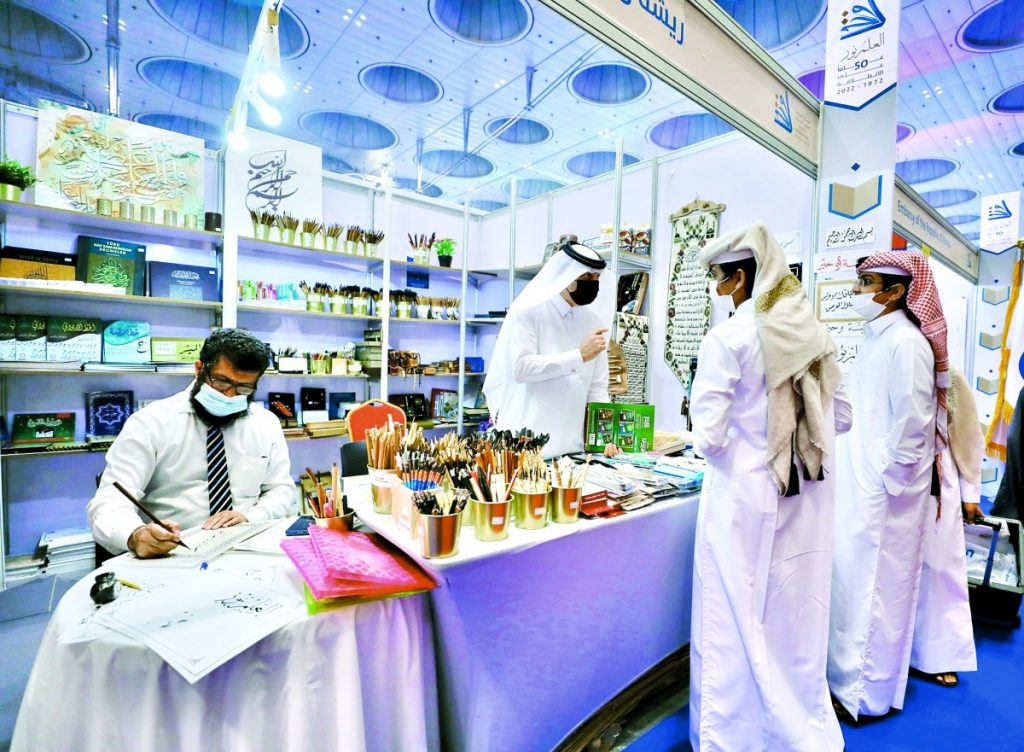 The 31st edition of Doha International Book Fair wraps up today at Doha Exhibition and Convention Center, which was launched under the slogan “Knowledge is Light” and lasted for ten days. The exhibition, which opened on January 13th, saw the participation of 37 countries.

The exhibition was organized by the Ministry of Culture through the Qatar Center for Cultural and Heritage Events. The Ministry was keen to organize an impressive edition of the Book Fair, which was distinguished in form, type, and quantity, thus making this edition attract the admiration of the exhibition visitors who hailed from different walks of life and age groups. This edition stood out at all levels, whether in terms of the concomitant cultural events or the way the various exhibition pavilions were designed.

The United States of America was this edition’s guest of honor, and such a choice came within the framework of the Qatar-America Year of Culture 2021. This hosting allowed the exhibition visitors to learn about different aspects of American culture and the diverse American intellectual production, through the dazzling and distinctive pavilion of the American Embassy in Doha. The current edition also coincided with the 50th anniversary of the exhibition, which was launched in 1972, as the first and oldest exhibition in the Gulf region, which confirms Qatar’s cultural leadership and continued role as a disseminator of culture and knowledge.

In this context, about twenty publishing houses participated in the first editions of the exhibition, and this number started increasing over the subsequent editions to reach 430 publishing houses during the 31st edition, in addition to 90 indirect representations of Arab and foreign publishers, which made this edition the largest of all exhibition editions. In addition to Arab and foreign publishing houses participating in the present edition, various public institutions participated as well within a partnership framework. The participating pavilions of these institutions hosted several activities, programs, and exhibitions of plastic arts and theater works, in addition to poetry readings and art workshops, with which everyone interacted, including children who were allowed to visit the exhibition during the period March 18-22, subject to registration on a dedicated electronic platform. This edition was characterized by the permission granted to the exhibition visitors to pre-register electronically in order to enter and exit the exhibition, as part of the precautionary and safety measures in effect due to the pandemic.

There was also a remarkable family turnout at the exhibition, which reflected their interest in acquiring books and interacting with the cultural and artistic events held at the exhibition. There were various workshops, seminars, and lectures, in addition to book signing ceremonies hosted by different publishing houses, which reflect the creativity of Qatari and resident writers, the glowing Qatari cultural scene, and the richness of the writing and publishing movement in the country.

Before drawing the curtain on this edition of the exhibition, the main theater stage at the exhibition hosted the closing of the activities of Doha Capital of Culture in the Islamic World 2021, held over a period of one year under the slogan “Our Culture is Enlightenment,” during which over two hundred and thirty-eight activities were held under the supervision of the Ministry of Culture and in cooperation with partners.