Back / العودة
You are here: You are here: » News » The Book Fair: Launching New Publications in Diverse Fields 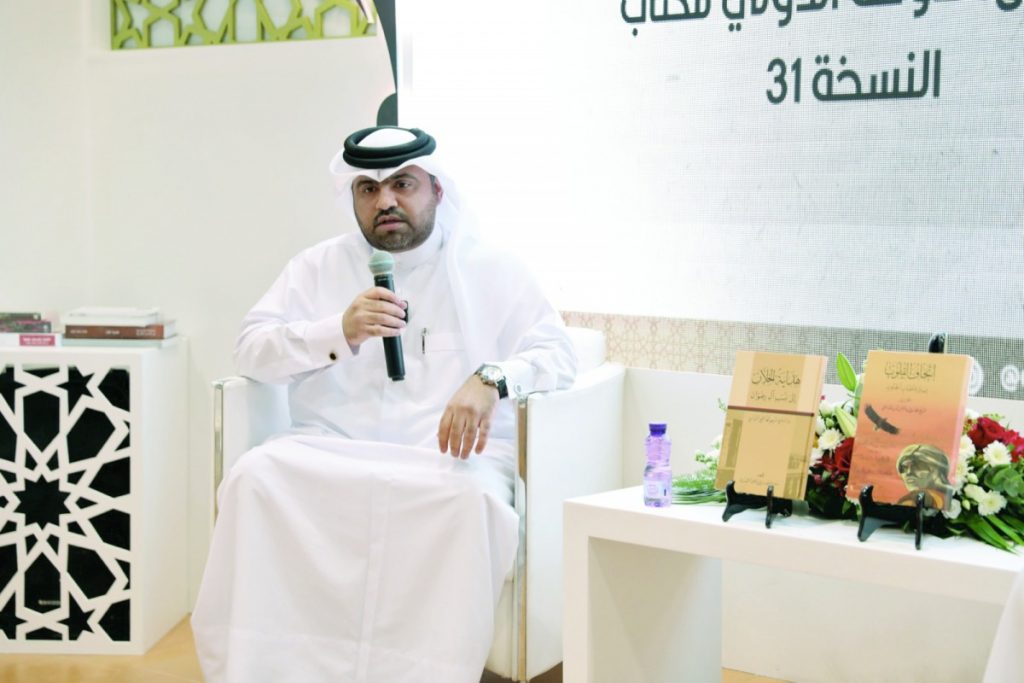 Yesterday at the Doha International Book Fair, the Qatari Forum for Authors celebrated the release of a series of new publications in various fields of creativity and inquiry.

Among the new releases is Cultural Biases in the Arabic “Open Sesame,” published by Dar Kunouz Al-Marifa. The Arabic edition of Open Sesame became available in 2015, and it was widely viewed particularly on YouTube. The book is a study by Sumayya Tisha, and it is the first of its kind in the Arab World, as it explores the cultural biases in such a well-known TV show. It analyzes how the Arabic edition of Open Sesame deals with the cultural biases of the English version, which was originally intended for a foreign society rather than an Arab Muslim audience.

The Forum also lunched two books by Salem bin Mohammed Abdul Rahman Al-Ansari: Itḥāf Al-Qulūb (Impressing the Hearts) and Hidāyat Al-Khillān (The Guidance of Fellows). The first is the tale of a hero who fights against the injustices of the government, feudalists, governors, and highwaymen during the era of Riza Shah Pahlavi and his son. The other book documents the lineage of the Al-Radwan clan, including the Al-Radwans of Kuwait and the UAE, to the Hashemites of Kong on the Persian coast.

Another new release is What My Clay Never Said, the first collection of poetry by Dr. Maeen Al-Kaldi. The collection includes 40 poems, some are in free verse and others in metered verse. For fans of the culinary arts, the Forum launched A Taste of Qatar, a book by Nouf Al-Marri offering traditional Qatari recipes. Isabel Schmidt, a novel by Khaled Hamad Al-Marri, was among the new releases. The Novel tells the story of Isabel Schmidt, an ambitious young Swiss woman who receives the highest military decorations while still in military training in Belgium and comes at the top of her class with honors.