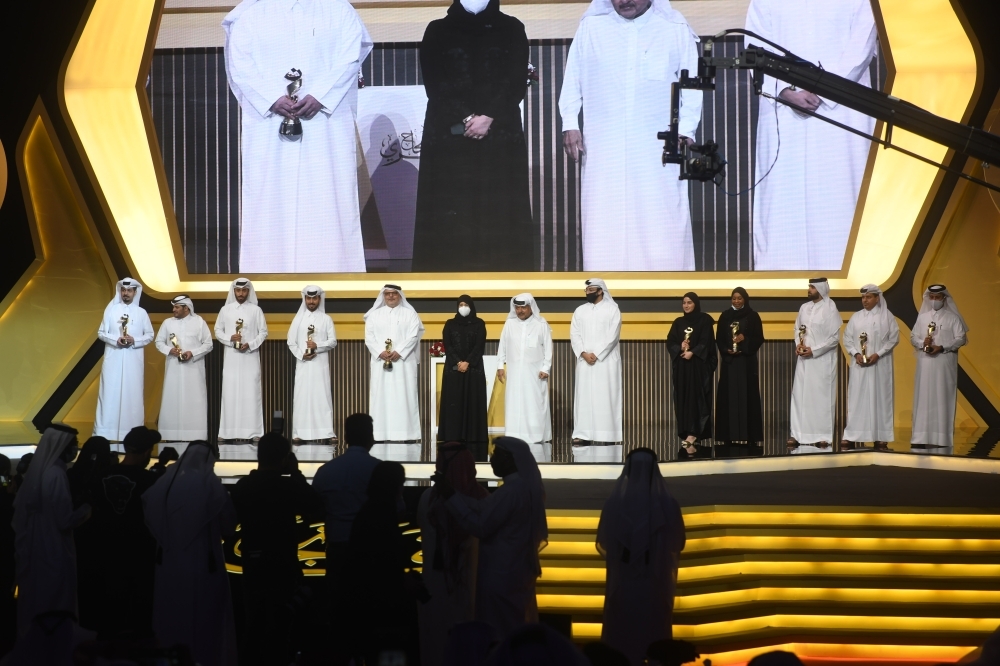 This came as part of the closure of the fourth Qatari success festival, which was held under the slogan “Yesterday’s Dream, Today’s Reality” and within the events of “Doha, Capital of Culture in the Islamic World 2021.”

This edition has been very successful at the level of local and Arab events, activities and attendance. The organizers of the festival succeeded in making it an important annual forum within the nation’s agenda, and there were many surprises for this year’s Qatari Success Festival audience.

The fourth edition of the festival was mainly based on the audience voting for 10 different categories for numerous awards. The idea of Qatari success was transformed into a prize to be voted for by all country people and residents for the best in all categories through the “Qatari success” application which are:  the best youth initiative, and the best inventor, The best poem for the year 2020-2021 for the participating poet, the best social media platform, the best local program in a local channel, the best social media influencer, the best ministry or government service institution, the best young broadcaster, the best read newspaper, and the best entrepreneur project.

The festival witnessed the participation of 16 different government bodies, headed by the Ministry of Culture and Sports, especially with full commitment to the implementation of the precautionary measures set by the Ministry of Health.

Al-Otaibi thanked all those who had contributed to the success of the Forum over the past four years, in particular the Working Group, which had worked continuously to make it a success, hoping that in the years to come, the event will contribute to raising the profile of more successful male and female Qataris to set an example and a role model for other generations to come.

Saud Al-Kosaibi, Director of Events Department at the Free Zones Authority, said that the authority is participating for the second time in the Qatari Success Festival as the main sponsor of the festival in its fourth edition this year, Emphasizing that the Festival is of particular importance in the State of Qatar, as it highlights the achievements and innovations of Qatari institutions, entrepreneurs and young people, as well as the most successful country experiences of influential and distinguished institutions and persons in various fields. It provides an opportunity for officials and the public from various parts of the country to communicate and meet through the festival’s program of events.

Al- Kosaibi added that the participation of the Free Zones Authority in the Festival this year focused on defining the presence of Qatari youth, the community, government and private bodies and institutions to provide business in the free zones of the State and to attract foreign investment.

He pointed out that the free zones sought to promote and support innovation and creativity in all areas.

During his statements to Al Sharq, Al-Kosaibi confirmed that the infrastructure of the Umm Al Houl and Ras Bufontas Free Zones had been completed, and more than 130 companies had been attracted to establish their businesses in them The Umm Al-Hawl Free Zone is located next to the port of Hamad, where the Umm Al-Hawl Free Zone has a strategic location for business based on shipping and transport lines. The Umm Al-Hawl Area contains the port of Marsa, which lies at the heart of the area, and has been designed as an integrated system for maritime industries and services.

For his part, Hassan Al-Otaibi commended the great role played by the Qatari Success Festival for Qatari youth and youth organizations in the country, which presents their innovations and projects through this festival. Pointing out that the Qatari festival in its fourth edition succeeded by all standards in terms of organization and participating parties and keenness on their diversity, which is an addition to this edition of the festival.

The official sponsors of this year’s Qatari success ceremony were the Free Zones Authority – Qatar and Vodafone – Qatar. The festival is being held in its fourth edition as part of the hosting program “Doha, Capital of Culture in the Islamic World for the year 2021.” The Ministry of Culture and Sports is also the ministerial partner, and Al Kass sports channels are the media partner, and “Out Box Events” is the Organizer.