Back / العودة
You are here: You are here: » News » Stage Four of the “Poet of Universities” Competition Begins Today

Stage Four of the “Poet of Universities” Competition Begins Today 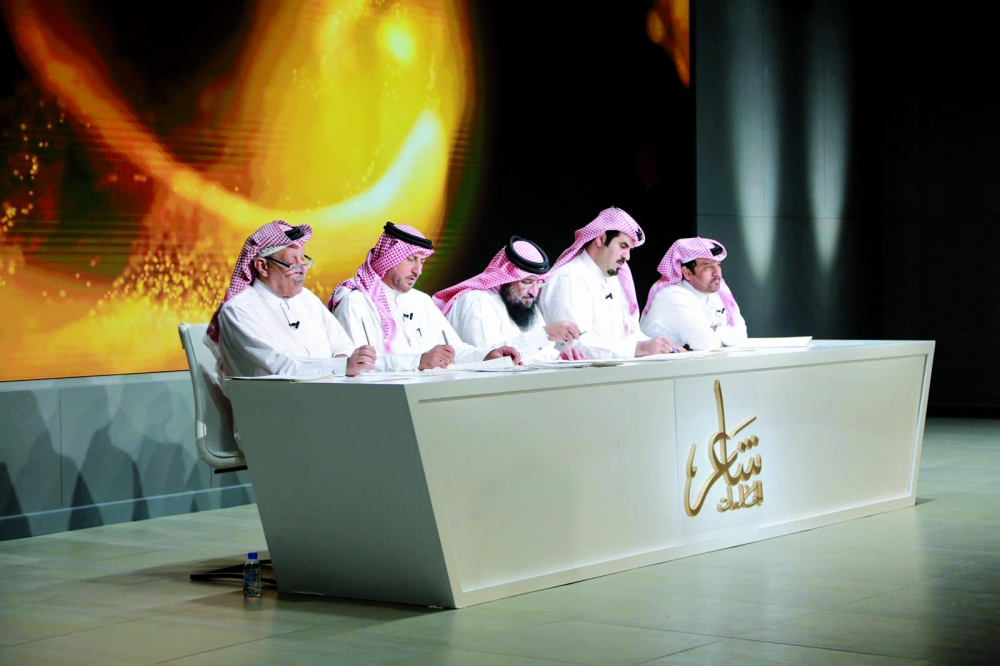 The fourth stage of the “Poet of Universities-2022” competition, organized by the Ministry of Culture- represented by Qatar Poetry Center “Diwan Al-Arab”- in cooperation with Qatar University, targeting students of universities and military and civil colleges, kicks off today.
Twelve poets are scheduled to compete in each category of the competition on knowledge and cultural themes that reflect the extent of their possession of poetic and cultural tools in general. The jury of the competition will announce 6 qualified poets to reach the finals set to happen next week. As a result, the winners of the first three places in both Nabati (vernacular) and classical poetry categories will be awarded, amid anticipation in the literary scene on the outcome of the expected stage; as those qualified will reach the final stage and compete for the first three positions.

In the meantime, Qatar TV continues its coverage of the competition, as it will play a new episode after tomorrow at 10:00 pm, as part of a wider press and media coverage, in addition to a dedicated coverage by other digital platforms. All this actually is based on the importance of the competition through which the Ministry of Culture aims to support poetic talents and create the appropriate literary atmosphere for poets to enrich the country with their creativity. This, in turn, contributes to enriching the poetic scene with promising poetic talents, and activating the role of poets who enjoy values and principles in order to have an influential role in society to achieve its renaissance; based on the objectives that the Ministry seeks to achieve.

For its part, the Qatar Poetry Center (Diwan Al-Arab) of the Ministry of Culture referred on its digital platforms to the importance of the competition in identifying poetic talents. The Center also broadcast videos featuring the highly competitive stages held in the past which reflected the outstanding level of participants. This, of course, proves the accomplishment of the outcomes targeted in enriching the local literary scene by fully supporting the promising poets within universities to enable them contribute positively in the field of poetry.