Back / العودة
You are here: You are here: » News » Shabib bin Arrar Al-Nuaymi: The “College Poet” Competition Brought forward New Talents in Nabati and Faseeh Poetry 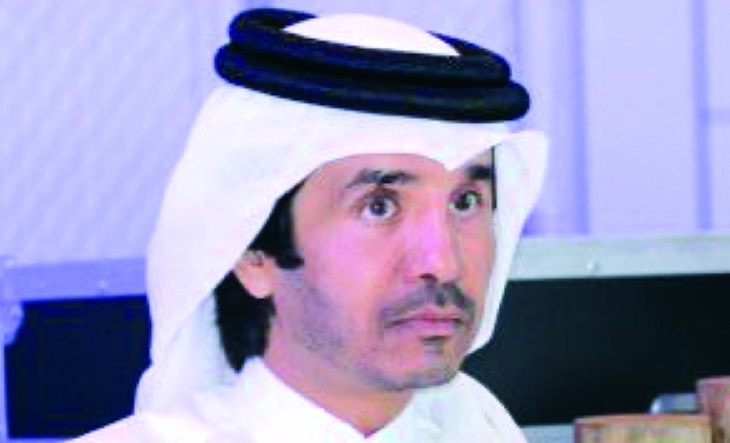 Next Monday marks the beginning of the fourth stage of the “College Poet” competition organized by the Ministry of Culture’s Qatar Center for Poetry (Diwan Al-Arab). Six successful candidates will advance through this stage as winners in the two categories of the competition: Nabati (Colloquial Arabic) and Faseeh (Standard Arabic) poetry.

Speaking about the next stage of the competition, Shabib bin Arrar Al-Nuaymi, renowned poet and Director of Qatar Center for Poetry (Diwan Al-Arab), described the awards that will be given to the six finalists as well as those that will be given to distinguished participants who did not make it to the final stages. He also talked about the outcomes of the competition and other projects that the center plans to reveal soon as part of its efforts to enrich the Qatari culture of poetry. His comments are as follows:

Q: How important is the fourth stage of the “College Poet” competition? What distinguishes it from previous stages?

This stage is different from the preceding ones in that it has different criteria for selecting the winners. The first stage involved the selection committee receiving and screening submissions. The second stage challenged the participants by giving them specific themes and asking them to write original poetry about them. During the third stage, the participants demonstrated their skills in composing impromptu poetry and in oration before a panel of judges. The fourth and final stage is the most challenging because it is the one that determines the winners.

Q: What kind of challenges will the competing poets face during the fourth stage?

A: The fourth stage of the competition is the most challenging one, and it will determine the winners in both categories. The competitors will be assigned specific cultural and historical topics, and they will have to compose original poetry that expresses their views on these topics. In the Nabati poetry category, the topic will be the Caliph Omar bin Al-Akhattab, and in the Faseeh category, the topic will be the famous female poet Al-Khansaa. The first topic will give the competitors the opportunity to reflect on themes related to Islamic values and heritage. The second topic will encourage them to explore the history of Arabic literature and heritage.

Q: What was the competition among the “College Poet” participants like?

A: It has been a very strong competition that brought forward some very talented poets with promising literary careers. Based on what I have seen in the competitions so far, I can see interesting surprises in the making. These young poets definitely have a lot to offer in both types of poetry.

Q: Given your description of the participants, do you see ways to utilize these talents, even some of those who did not win?

A: Absolutely! At Diwan Al-Arab, we have plans for those talented young poets, including those who did not make it to the final stage. After all, they are still college students, and there is always more for them to learn to hone their skills. I can see some of them becoming stars in the world of poetry in the near future.

Q: Does Diwan Al-Arab have plans to support and promote those future stars?

A: There are indeed such plans. Our mission at Diwan Al-Arab is to support those talented poets and offer them every opportunity to achieve their full potential. For example, Diwan Al-Arab promotes their poetry through social media, and it publishes their poetry in its books. Diwan Al-Arab aims to support them until they make their mark in the world of poetry. Personally, I am fully committed to discovering talented poets, and it is my goal to stand by those who qualified to the final stage of the competition as well as those who did not until they establish themselves as successful poets in the Qatari literary scene.

Q: Will the winning works be documented?

A: We promise that the “College Poet 2022” competition will be quite remarkable. We are preparing a closing ceremony worthy of Diwan Al-Arab’s ambitions to support young aspiring poets.

Q: There was a suggestion to organize a similar competition for female college poets. Is that still a possibility?

A: Indeed, this is still a possibility. However, we should not forget there were several events and programs, such as A Morning with Poetry, that focused on supporting female poets. We also organized poetry readings and published various poetry collections by female poets. These are all efforts by Diwan Al-Arab’s projects to support poets and enrich the cultural scene.

Q: Diwan Al-Arab used to organize a competition called “Glance” for poetry in world languages. Is there a plan for future editions of this competition? If so, do you plan to include poetry in additional languages?

A: The “Glance” competition is still active, and a new edition will be announced soon. The theme of this competition, which is one of Diwan Al-Arab’s projects, is “Monthly, Local, Arab, and International.” It aims to enrich the poetry scene in Qatar and promote the love of poetry through its digital platforms. This competition opens up the Qatari poetry scene to the world against a backdrop of writing and reading poetry in different languages.