Back / العودة
You are here: You are here: » News » Shabib Al-Nuaymi: Launching the 3rd University Poet Competition 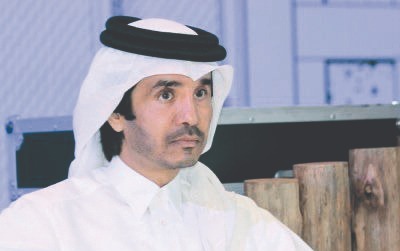 The Ministry of Culture’s Qatar Center for Poetry (Diwan Al-Arab) announced the beginning of the 3rd University Poet competition, one of the center’s initiatives to promote poetry and support literary talents in Qatari society.

Submissions are accepted January 16-28 through the center’s Twitter’s account. Shabib bin Arar Al-Nuaymi, Director of Diwan Al-Arab, reported that the competition is coming back after a hiatus caused by COVID-19 as life goes back to normal. He described the competition as an effort by the Ministry of Culture to support poets, particularly young talents, and to create an environment that is conducive to creativity and art.

“We look forward to seeing the competition achieving its objectives in supporting young talented poets. The two previous competitions were quite successful, as can be seen from the previous winners whose careers as poets started with the competition and continued to become successful poets,” he added.

Al-Nuaymi described Qatar University as the main partner in organizing the competition by offering venues for meetings with the participants and other forms of logistical support. He concluded by emphasizing that the ultimate goal of Diwan Al-Arab behind the competition is to launch the career of an international star poet, a university student in Qatar who unleashes poetic potential and energy.