Back / العودة
You are here: You are here: » News » Session on the importance of the national day and the promotion of heritage 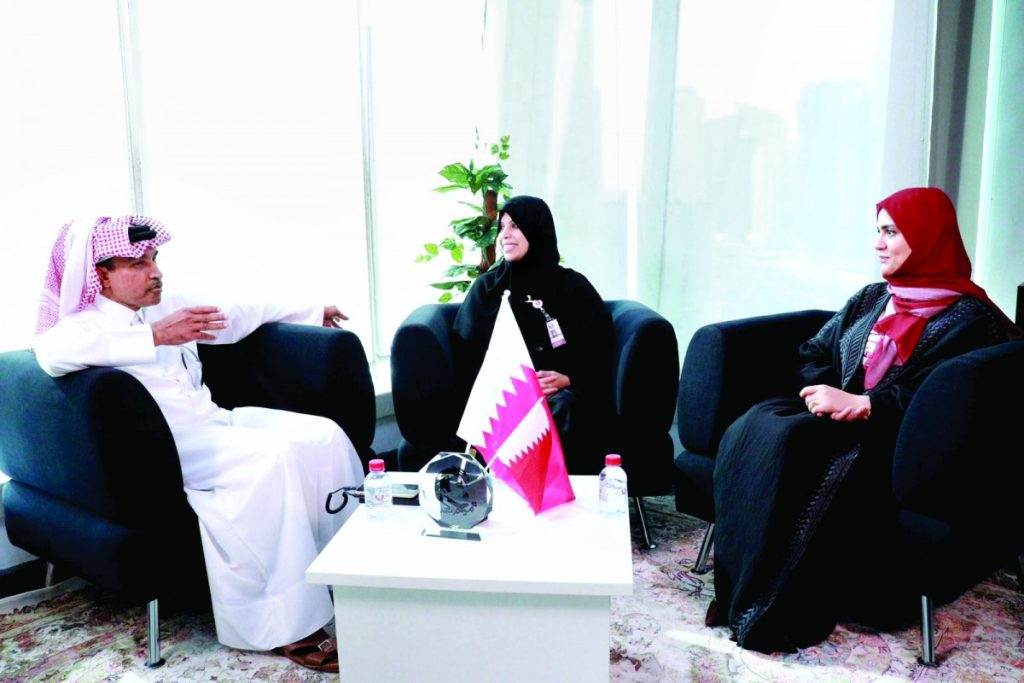 The Qatari Forum for Authors held the second of its sessions on the topic “What Did you Give to Qatar?” as part of the commemoration of the Qatar National Day, in which Ms. Amal Al-Langawi and Mr. Faisal Al-Tamimi participated. They were interviewed by Ms. Maryam Yassin Al-Hammadi, director of the Department of Culture and Arts and Director General of the Qatari Forum for Authors. The theme of the discussion revolved around the importance of the National Day in expressing pride in Qatari identity and enhancing national heritage.

Ms. Al-Hammadi said: “The National Day is a special day for all Qataris, as the streets are decorated with the Qatari flag, which flutters over homes and streets,” adding that in commemorating national occasions, the Forum celebrates national achievements.

In turn, Al-Tamimi stressed that this year is exceptional because the National Day coincides with Qatar’s hosting of the Arab Cup and preparing for the hosting of the FIFA World Cup 2022. The distinguished accompanying events this year reflect Qatari heritage, he said, and he expressed his admiration for this year’s motto “Ancestral Meadows: A Matter of Trust,” stressing that it is a good choice as it conveys an important message to the younger generations to be proud of their heritage and history.

He also stressed that Qatar has now become the focus of the world’s attention thanks to its recent achievements, especially in the sports field, and called for further diligent efforts to promote the image of Qatar and to deliver a message to anyone who comes to Qatar that this country has its unique identity and heritage, noting that Qatar accommodates everyone and welcomes all its visitors.

For her part, Ms. Al-Langawi said: “The celebration of the National Day this year is exceptional on two levels. The first one coincides with the Arab Cup and the second with the ongoing challenge posed by the Corona virus. Qatar has succeeded in overcoming both by organizing such distinguished events as the Traditional Dhow Festival, Flower Show and Musical Show, among others, calling for the building of a generation capable of keeping pace with the rapid developments in the world, while consciously sticking to its roots.