Back / العودة
You are here: You are here: » News » SEMINAR AT THE INTERNATIONAL BOOK FAIR ON THE IMPORTANCE OF DIGITIZATION FOR HERITAGE PRESERVATION 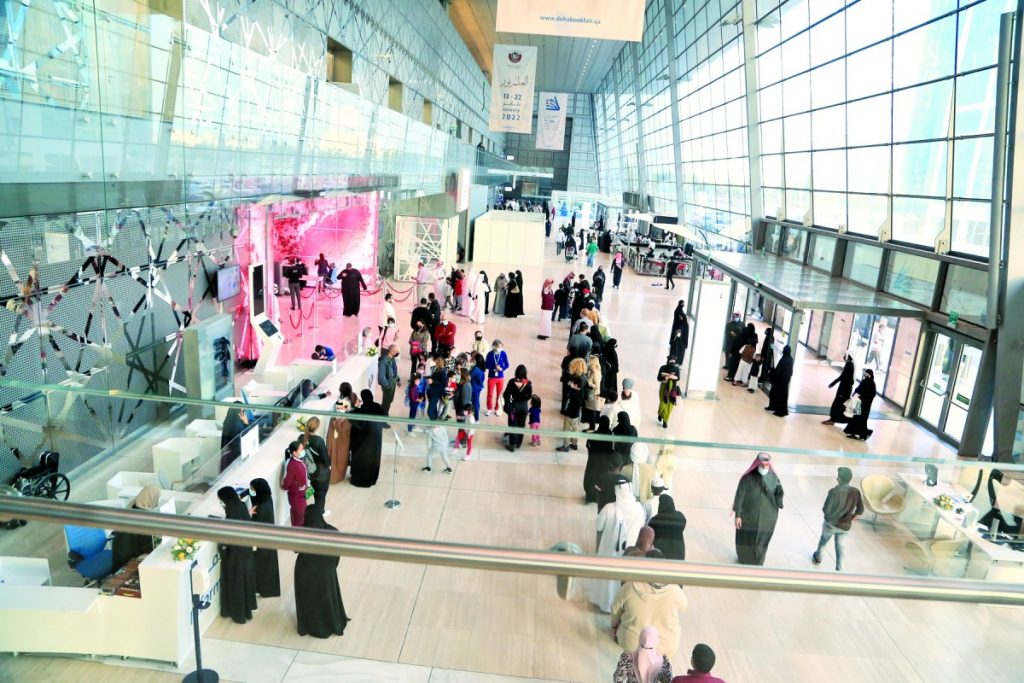 The pavilion of the Qatari Forum for Authors at the International Book Fair hosted yesterday a cultural symposium on the importance of digitization for preserving manuscripts and written human heritage, during which Dr Mohamed Moulay, Professor at the African University in Algiers, who specializes in information technology and archiving of Arabic manuscripts, gave a talk.

The symposium was moderated by Ms. Maryam Al-Hammadi, director of the Forum, who introduced the speaker, explaining that his fields of expertise are multidisciplinary, specializing most notably in library sciences and technology. She then asked him to introduce himself further and talk about the scope of his work and the most important problematics appertaining to the field of manuscript digitization and how to address them.

Dr Moulay said that his early days in the field were at the University of Oran, where he obtained a Master’s degree and a doctorate, noting that he focused most of his efforts on the preservation of ancient heritage and cultural legacy, and that his research focusses on the tools that ancient Arabs invented to document information about their epochs. He explained that in doing so they resorted to bare palm branches and thinned skins, as well as papyrus that grew on the banks of the Nile river, until they came to know about paper from China. They then worked on developing it through illumination and removal of impurities. He added: “The manually scripted Arabic book is a medal placed around the neck of Arab and Islamic civilization, a contribution transmitted through modern colonization to the various museums of the world, which proves the steadfastness and survival of Arab civilization.

Dr Moulay said further that his research always revolves around the preservation of the manuscript and its digitalized availability, while preserving the original version. He is also interested in the artistic value of the book, its writing, binding, production, origin, and movement up to the point of reaching the reader, noting that the West is interested in this science today because it helps