Back / العودة
You are here: You are here: » News » Saad Al-Rumayhi: Doha Has What It Takes to Be the Arab Book Capital

Saad Al-Rumayhi: Doha Has What It Takes to Be the Arab Book Capital 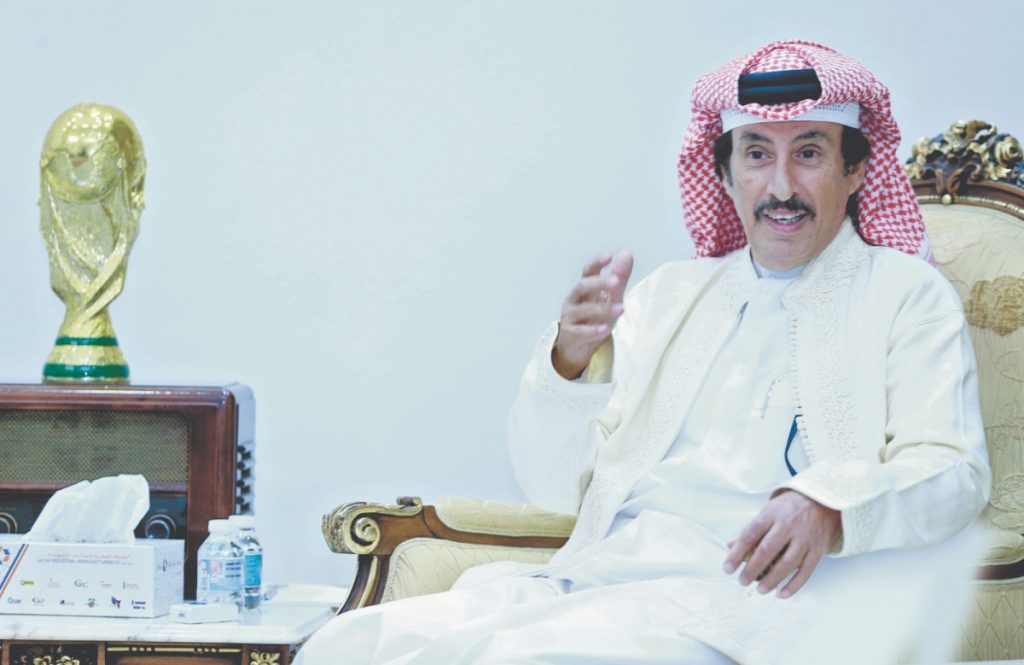 Saad Al-Rumayhi, President of Qatar Press Center, held a discussion forum hosting a select group of Qatari intellectuals and Qatari and Arab publishers to discuss the outcomes of the 31st Doha International Book Fair (January 13-22). The discussion addressed the changes, developments, and challenges of the latest edition of the book fair.

Saad Al-Rumayhi started the session by welcoming the participants. He then explained the purpose of the forum, which was to discuss the successes, gains, and challenges of the 31st Doha International Book Fair, which ended last week. He added that the session also aimed to come up with proposals, visions, and views of how to build on the success of the book fair for future editions.

Al-Rumayhi noted that the recently ended book fair marked the 50th anniversary of the Doha International Book Fair, which started in 1972 as the first such event in the Gulf region and the fourth in the Arab World. For Al-Rumayhi, the success and continuation of the book fair reflects Qatar’s cultural leadership and its continuous efforts to promote culture and knowledge year after year. The 31st Doha International Book Fair hosted more than 400 publishers from all over the Arab World, including some of the leading publishers in Egypt, Iraq, and Kuwait. These contributions clearly enriched the fair’s offerings. He concluded his opening remarks by stressing that the Arab World needs such book fairs and needs to increase the number of publications, as all the books published in the Arab countries combined are less than 20% of the books published in the US in any given year.

Jassim Al-Bouaynayn, Director of the Doha International Book Fair, summarized the successes of the book fair as follows: 430 publishers, in addition to 90 third-party Arab and international publishers representing 37 countries participated in the book fair, thus making it the largest such event in Qatar ever.

Al-Bouaynayn added that this year’s book fair had an exceptionally high number of cultural events and activities held throughout its duration. For example, the book fair offered cultural and heritage events, poetry readings, visual arts exhibits, and theater performances. These events were well received as indicated by the levels of participation among the visitors, including children. The Ministry of Culture alone held more than 400 events and activities at the book fair, including lectures and discussion forums at the main stage.

Abdullah Nasr Al-Nasr commented that the book fair was held under exceptional circumstances imposed by the COVID-19 pandemic. Despite these challenges, the truly strong will of the Ministry of Culture and the book fair organizer, led by His Excellency Sheikh Abdul Rahman bin Hamad Al Thani, made it possible to put together one of the most successful book fairs in Qatar since they started in the 1970s.

“Despite the limitations imposed by the pandemic on the number of events and participating publishers, the book fair was the best ever in terms of organization, the numbers of participants, and attendance,” he added. He lauded Al-Sharq newspaper for covering the book fair, as he singled it out saying, “Al-Sharq was the most dedicated newspaper in covering the Doha International Book Fair events and activities.”

Hazim Al-Samirrai offered the view that the book fair was quite impressive, as none of the books were censored, and all space rental fees for booths and exhibits were waived. These developments encouraged many publishers to participate. Moreover, the book prices were within reach, given the purchasing power of Qatari society. The result was an exceptional book fair in terms of book sales. These, according to Al-Samirrai, are among the many factors that led to the resounding success of the book fair.

Al-Samirrai followed up by saying, “The Ministry of Culture spared no effort to make the 31st Doha International Book Fair a unique event, both in terms of quantity and quality. One could see signs of the success of the book fair on the faces of visitors from all sectors of society. The book fair was also quite impressive in terms of the diversity of publications and the 400 cultural events held during the fair.” He concluded his remarks by noting that His Excellency the Minister of Culture issued directives to focus on books that benefit society.

Bashar Shabaru emphasized that the book fair left no room for doubt that Qatar is quite capable of being a capital of books in the Middle East and of assuming a leadership position in the sphere of culture. He noted that government ministries had several exhibits even though they did not display or publish books. He suggested that such spaces can be allocated to more book exhibitors in future years. He also proposed that additional cultural activities can be held during the book fair days.

Dr. Nayif bin Nahar lauded the new developments at the book fair. He explained that in the past, one could not see books on critical approaches to Sharia, but this year, he was pleasantly surprised to see such books in abundance. He took this observation as an indication of the expanding diversity in publishing. He also noted that some publishers had significantly large exhibit but not enough books to fill them. He recommended that in future years, space can be allocated in proportion to the number of books displayed by publishers.

Ibrahim Al-Sayyid commented that the Doha International Book Fair is in high demand among publishers across the Gulf region thanks to the Qatari purchasing power. As a result, the latest book fair attracted many publishers, especially that participation came at no cost to them, and there was an extensive media presence at the fair.­­

The participants engaged in an excited discission over censorship of the books displayed at the fair. Some adopted the view that censorship is necessary, but within limits, while others strongly argued that there should not no censorship at all. Sadiq Al-Ammari saw censorship as a necessary means to ensure that extremist and unacceptable ideas do not infiltrate society. After all, there are no guarantees as to how individuals might be influenced by such ideas. Abdullah Nasr Al-Nasr agreed and stressed that the state is responsible for banning materials and ideas that transgress on morality or promote destructive ideas that go against religion and tradition. Bashar Shabaru countered by arguing that people are always interested in what they cannot have. In his view, all types of materials and books are readily available online, making censorship itself a means to promote harmful ideas.

Other issues that were raised during the discussions include exhibits sizes. Abdul Aziz Al-Sayyid was of the opinion that book fair visitors have changed over time. He believes that current visitors would appreciate cafes, restaurants, and luxurious facilities at the book fair. He emphasized that elegant designs are part of Arab culture, and that the book fair can be more attractive to more visitors. Sadiq Al-Ammari supported this view and added that the ministries’ exhibits provided their visitors with rich experiences. Jassim Al-Bouaynayn noted that there were only three exhibits for the ministries, and they were all partners in the events.