Back / العودة
You are here: You are here: » News » Roa Al-Qaly: A Workshop on the Foundations of Acting to Support Talented Youths

Roa Al-Qaly: A Workshop on the Foundations of Acting to Support Talented Youths 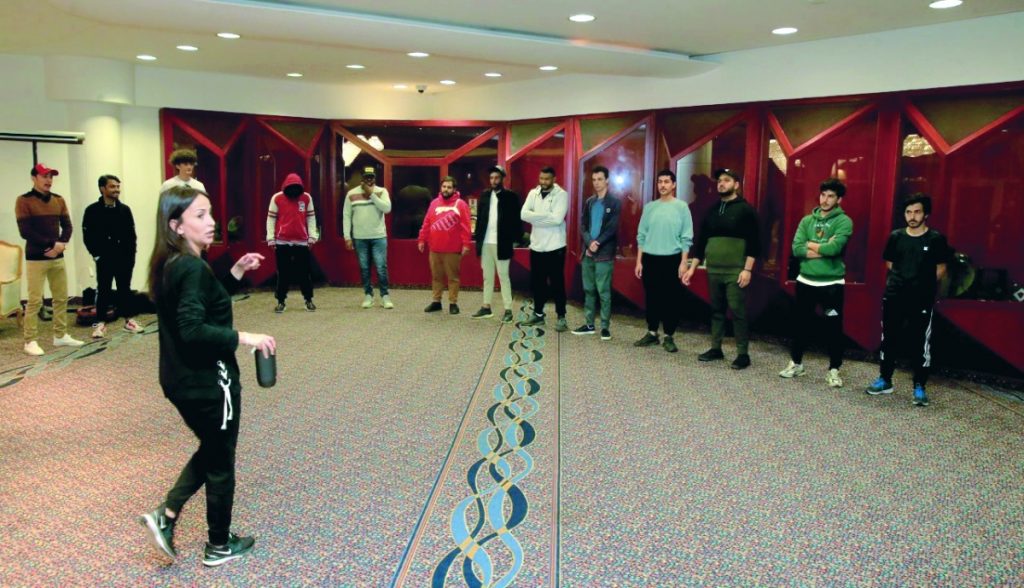 The Qatar National Theater is currently offering a workshop on basic acting techniques, organized by the Ministry of Culture’s Theater Affairs Center. The month-long workshop is given by Lebanese actress and director Rawan Hallawi, and it targets male and female university students who are interested in theater and wish to participate in the next University Theater festival.

Director and academic Roa Al-Qaly, drama instructor at the Theater Affairs Center, commented that “Over the last six sessions, the workshop focused on Stanislavski and Chekhov’s acting methods. It adopts a comparative approach, because, unlike Stanislavski’s method, Chekhov’s method focuses on performance from the inside to outside.”

She added that “22 students from six different universities, including 12 Qataris, are taking part in the workshop. Interestingly, some of the students had participated in previous editions of the University Theater Festival. This is a very positive indication, as it aligns with the Center’s mission to maintain participation and to inspire the love of theater among young people. These opportunities motivate university students to engage in self-development activities that increase their enthusiasm to participate in theater workshops.”

She further commented that Rawan Hallawi is particularly keen on helping students improve their acting skills. She is offering them a university-level academic curriculum in a simplified way. She noted the active participation of students who are constantly engaged in discussions that promote their inquisitiveness and observation skills. The team work activities of the last sessions focused on body language, space, and group interaction. The next sessions will focus on individual performance and character development.

Al-Qaly remarked that she is quite pleased with the results of the workshop so far. She concluded by saying that at the end of every session, she asks students what they have learned and whether the workshop has achieved their objectives.