Back / العودة
You are here: You are here: » News » Rashid Al-Kuwwari: I Propose Opening Space for Graphic Arts Following the Example of Western Countries 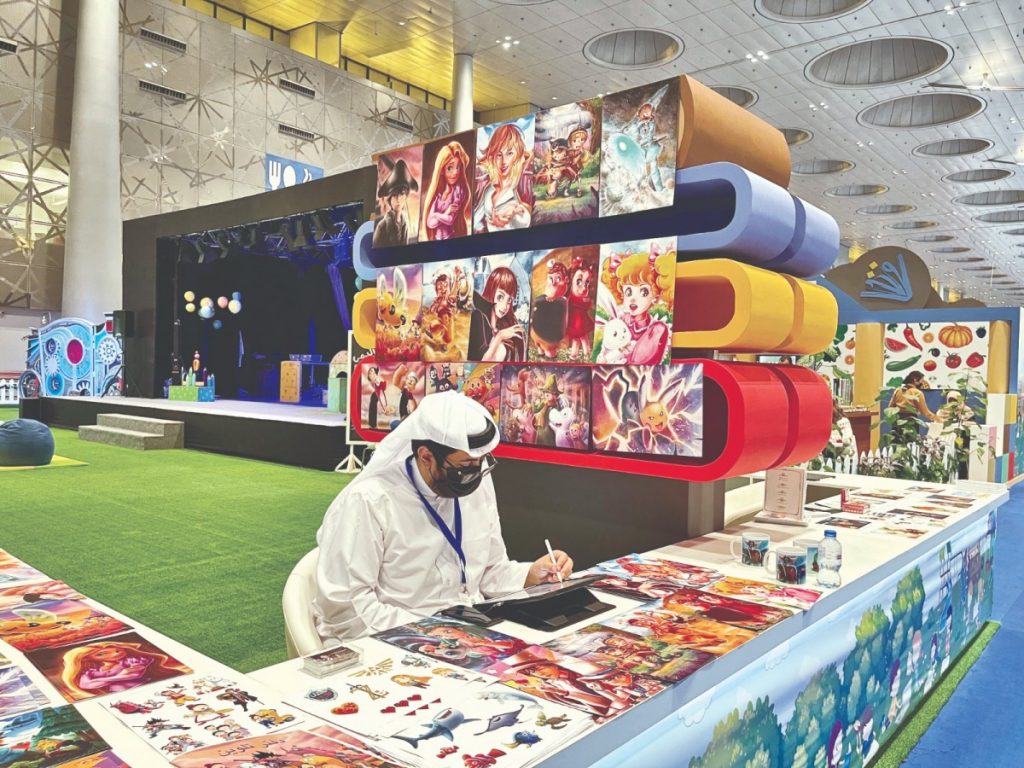 The Ministry of Culture is supporting graphic artists by displaying works published by international publishers at the Doha International Book Fair. Graphic artist Rashid Al-Kuwwari explained that he is at the book fair in response to the Ministry of Culture’s support for digital arts, as the Ministry is not only displaying graphic art works, but it is also promoting their sale. He added that graphic art is still not very popular, and most graphic artists in Qatar are largely unknown. This makes the book fair an opportunity for visitors to familiarize themselves with this art form. “Most people know graphic art from classic TV cartoons, such as Inspector Konan, Ennaba’s Journey, Sindbad, and others, as well as from video games. However, graphic art is now an independent art form that is replacing manual drawing. For example, drawings for Disney productions used to be made by hand, but now they are all digital and more realistic,” he explained.

Speaking of his own art work, Al-Kuwwari commented that he has a unique style, which can be seen in his new book Official 2017-2019. The book, which has over 80 drawings produced between 2017 and 2019, explains the background behind each art work. Al-Kuwwari’s style is based on two different techniques, as he does an initial digital drawing using a tablet to build characters. Then, he manually draws on a printout using water colors. He added that he came to the book fair to share his works with publishers seeking graphic designers for children’s books and other projects.

Al-Kuwwari proposed that graphic arts in Qatar should be given the space they deserve in the same way they do in other countries such as Japan, Germany, and the US. He explained that graphic arts in these countries have applications in TV shows, video games, and cartoons. He mentioned that he designs stickers using well-known classic cartoon characters that he likes to share with others.