Back / العودة
You are here: You are here: » News » “Qatari of Authors” calls out “confusing qualities of dazzling minds”

“Qatari of Authors” calls out “confusing qualities of dazzling minds” 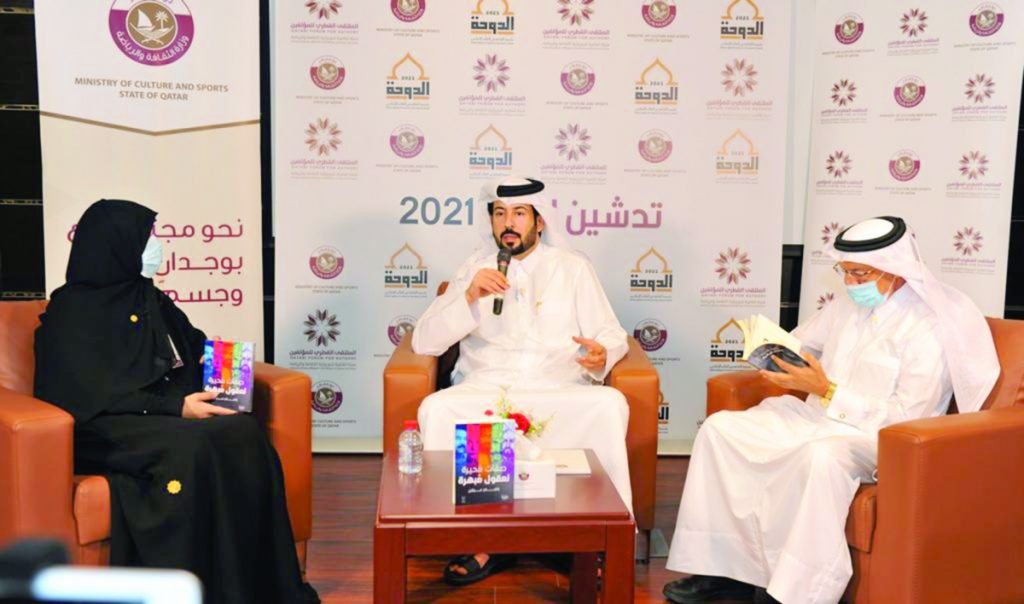 The Qatari forum of authors calls out a package of new releases in the Hall of Wisdom in the Ministry of culture and sports, including the book “Confusing Qualities of Dazzling Minds,” the first anthology by poet and writer Radi Ajlan al-Anzi, which explained that the idea of the book was an investment of the home stone period during the Corona pandemic, and that it was a research work that combined the hidden aspect of the characters we knew. The book collects the hidden side of the personalities we know, and combines the confusing qualities of these mindsets of rulers, politicians, writers, poets and artists, where there are qualities that are not known to these celebrities, in addition to that different people have strange habits related to social life. The book brings together two elements. The first is to educate young people about such globally influential figures as Albert Einstein, Sheikh Jassim bin Mohammed bin Thani, the founder, may Allah have mercy on him, Gaddafi, Napoleon Bonaparte and Sheikh El Shaarawi.

He also mentioned some of the strange features that emerged during his research trip about the selected characters, including that, foe example, despite his military power, Napoleon was afraid of cats, and that Einstein did not like to wear shoes and so on, he pointed out that the book took about a year and a half but adopted simple and interesting information.

He said that every human being had something to hide, but also that history was full of characters who were influential, but at the same time had things that were confusing, which meant that man was not perfect, but that we all bore the pros and cons, but that the negatives should not be a barrier to discrimination, and that we should accept the other side’s flaws because we all had the pros and cons.

He said the book was a compilation of life experiences and a life necessity rather than relying solely on social media writing, calling for talent to be invested in writing and self – expression.