“Qatar for the Blind” highlights the sport of “goal ball” 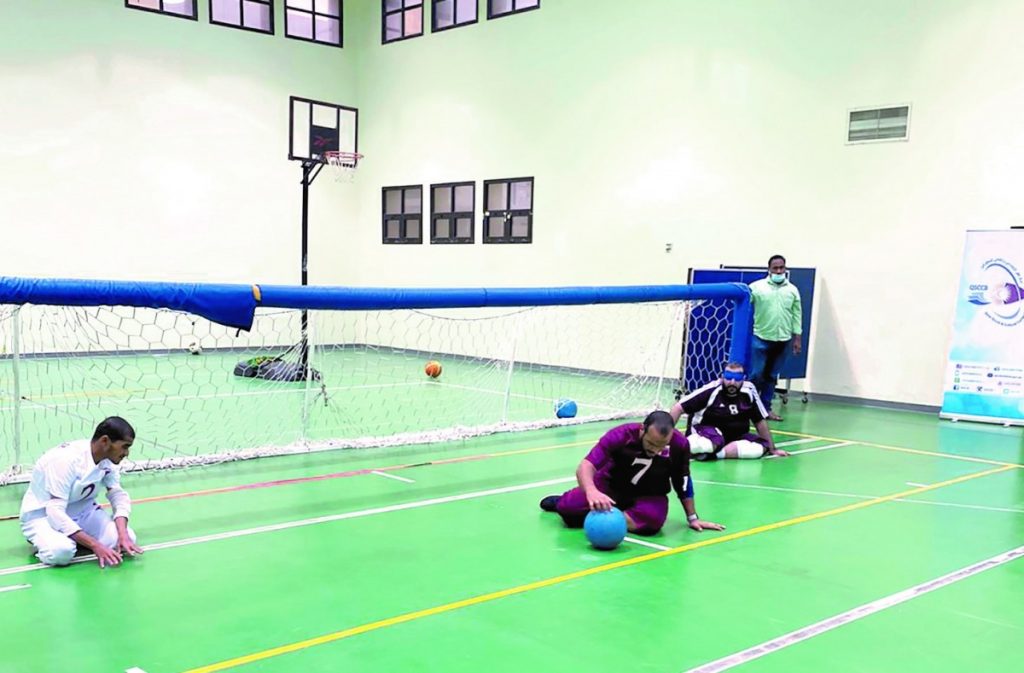 Qatar Social and Cultural Center for the Blind organized an introductory meeting on goalball for the blind, which was broadcast via the Zoom application, The event is organized jointly by the Center and the Qatar Sports Federation for Special Needs on the occasion of the celebration of the International Goal Football Day

Mr. Hossein Al-Haddad, International Game Referee and Head of the Implementation and Follow-up Section of the Centre of Light, lectured at the meeting, during which this sport, its importance for people with visual disabilities, and how it was practiced was made known. The lecturer indicated that goal football is considered one of the first sports in the world for people with visual disabilities, and it is played between two teams, both of whom consist of three main players and three reserve players. Each player puts a gang on his or her eye after undergoing several examinations, after which the players are classified. This band is placed with the aim of achieving equality between the players.

He added that each half lasted 12 minutes over two halves, separated by a rest of no more than three minutes, and pointed out that the game depended on the power of the throw, the speed of the intuition and the accuracy of the hearing, since the ball had a sound bell in it as it went to the rival team, which would help the other team to counter it.

Yesterday also witnessed the filming of part of the Qatari national team’s goal soccer training at the headquarters of the Qatar Sports Federation for Special Needs to learn how to play the game and its rules.