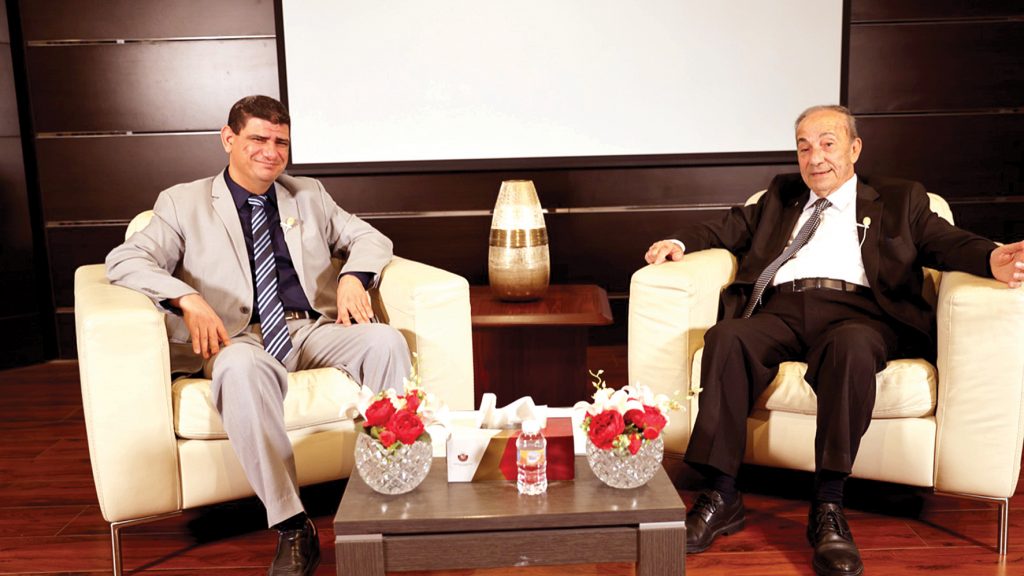 The Qatari Forum for Authors released a new episode of its program “Dialogue with…” presented by Dr. Ali Afifi Ghazi, hosting engineer Ilia Nasra, who is about to launch a new book entitled Musical Heritage from Inception to Modern Times. Dr. Ali Afifi started the session by introducing composer and engineer Ilia Nasra. Nasra is Syrian and Lebanese, with a BSc in Electrical Engineering. He was born in Tartus, Syria, and has been living in Qatar for 15 years working in infrastructure engineering and construction. He has significant experience working in other Arab countries and he has been musically talented since his early childhood.

Nasra spoke of how his early musical experiences in Syria allowed him to develop his skills until he became a trainer for Syrian and Lebanese dabke dances. He also visited international concert halls in many countries, such as Romania, Hungry, Yugoslavia, and Russia, and performed in many national and social events. Nasra explained that he was motivated to write the book because he wanted to document his musical career while developing a reference book on Arabic music. Nasra’s book, which is over a thousand pages, describes the historical development of music before Islam, during the Islamic Period, and into modern times. He writes, “People have always been exposed to the sounds of nature, such as the rustling of leaves and murmuring of water in streams. These sounds trigger various emotional responses. That is how early humans engaged with the sounds of nature until they started producing sounds themselves. In fact, the most impactful sound in nature is the human voice. Making a connection between natural sounds and emotions was a turning point in human evolution.”