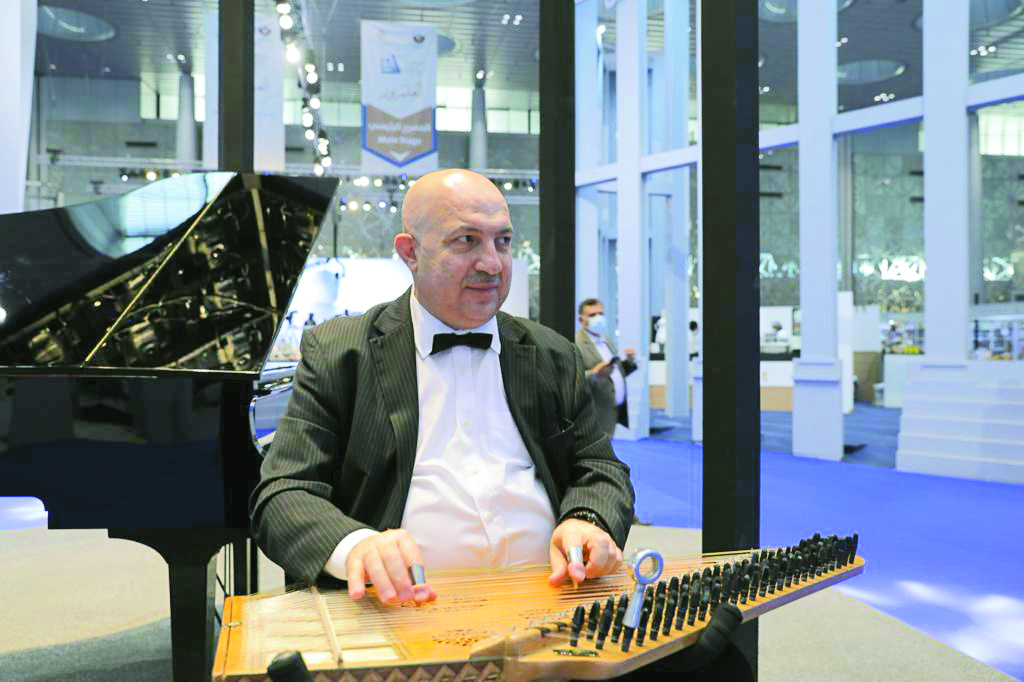 The Ministry of Culture’s Music Affairs Center participates in the Doha International Book Fair with a variety of events. Mr. Abdul Hamid Al-Yousef, Deputy Director of the Center, explained that the Center this edition of the Fair organizes a number of different and varied events; pointing out the presence of a group of musicians at the Ministry’s pavilion daily to present various songs and melodies with oriental and western instruments such as flute, zither, the oud and violin. He added: “In the middle of the Fair period, we will also have a pianist who presents pieces of world-renowned songs during the morning and evening times, and we will organize a concert on the main theater with the U.S. Air Forces Band; as the United States of America is the guest of honor of the Fair this year. Moreover, a set of well-known Qatari concerts along with American songs and rhythms will be presented in a wonderful combination between our Arab musicians and the American band members; which will also present a special surprise to the Qatari public, i.e., singing in the Qatari dialect!”

Mr. Al-Yousef added: “On the 20th of January morning, there will be two events by the Center at the end of the celebration of the Doha as the Capital of Islamic Culture, through which we will present a number of chanters who will perform well-known Islamic hymns along with religious-themed songs such as “Tala al-Badr Alyna” and “Ahabik Ya Quds”.