Back / العودة
You are here: You are here: » News » Ministry of Culture Highlights the Success Story of Hamad Al-Nuaimi as a Poet 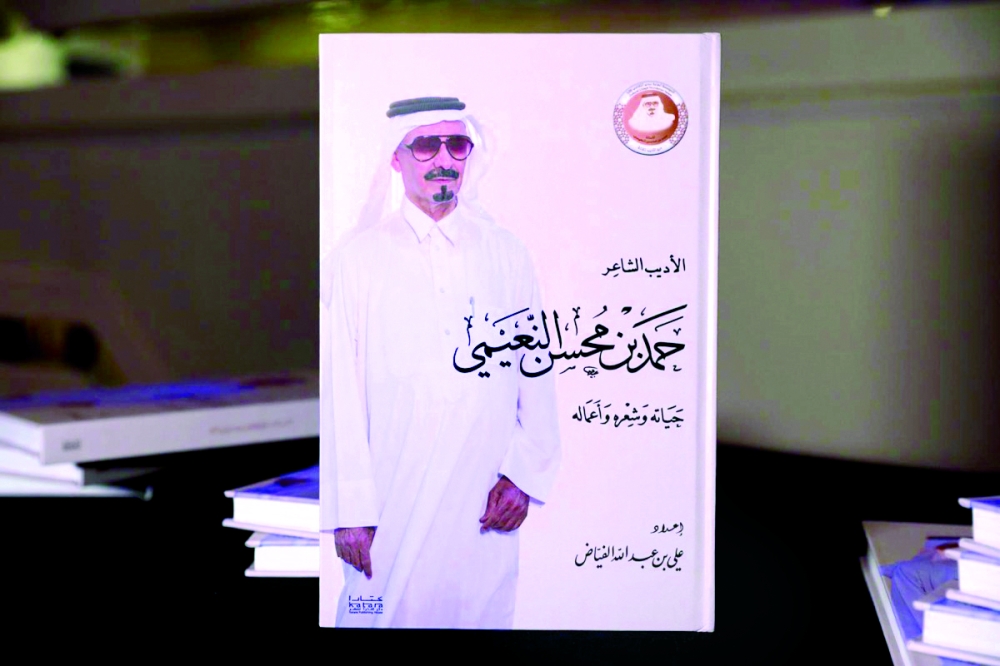 The Ministry of Culture highlighted the creative and successful story of veteran poet and media specialist Hamad Mohsen Al-Nuaimi, as part of its efforts to introduce Qatari intellectuals and artists in various related fields.

The official “Twitter” account of the Ministry of Culture published an introduction on the poet and explained that he wrote poetry while at young age, moderated about 30 programs during 30 years, participated as a panelist in competitions related to songs and writing, collected and edited poems in local dialect (vernacular), and directed the department of vernacular poetry in Al-Sharq newspaper in 1991. The Twitter account of the Ministry also stated that poet Hamad Mohsen Al-Nuaimi was appointed in 2006 as a media expert at the National Council for Culture, Arts and Heritage (formerly), and represented Qatar on a number of poetry events and occasions. The Cultural Village Foundation-Katara also honored poet Hamad Mohsen Al-Nuaimi with a renowned literary award in 2021 to celebrate his rich career and outstanding efforts in serving poetry, heritage and culture in Qatar and the region. A book was published on this occasion under the title “Poet and Writer Hamad Bin Mohsen Al-Nuaimi: His Life, Poetry and Works” by researcher and poet Ali Abdullah Al-Fayyad.

Researcher Ali Al-Fayyad explained to Al-Sharq newspaper that the book on Hamad Mohsen Al-Nuaimi addresses his life, childhood and upbringing; as a considerable part of his life was not known to many especially his childhood and youth and the difficult circumstances he went through during that period which refined his personality and gained him strength, steadfastness, true manhood and self-reliance in all affairs. He added that such circumstances had shaped the personality of the poet and formed his literary beginnings, noting that the content is authentic where no other material of external sources were quoted in this book; which makes it distinguished to fill a gap in the Qatari library.