Back / العودة
You are here: You are here: » News » Ministry of Culture Highlights Dr. Hajar Al- Banali’s Literary Journey 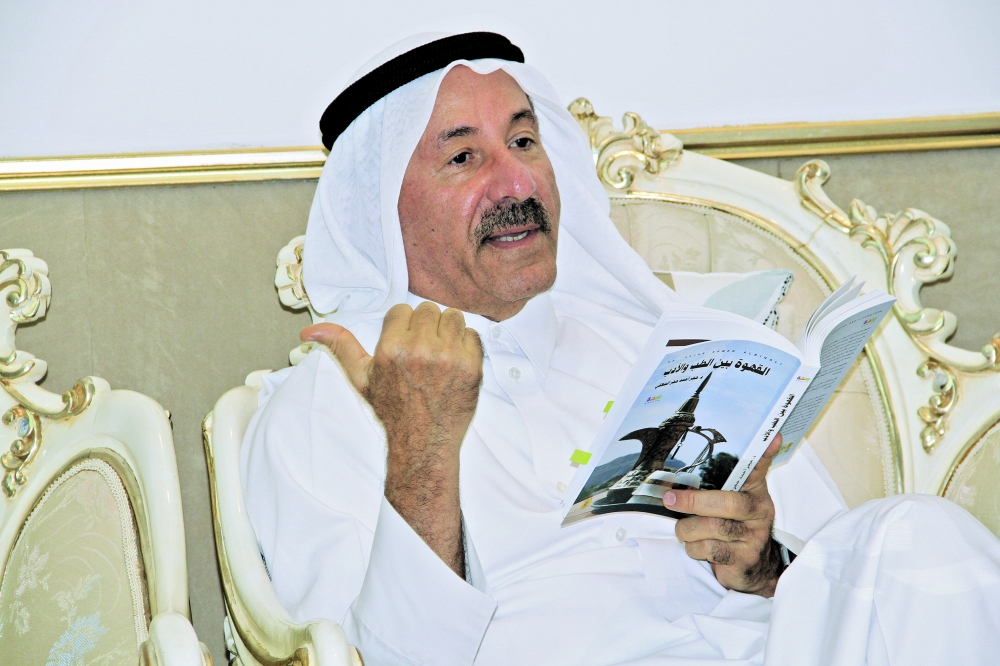 The Ministry of Culture produced a documentary video on the literary career of His Excellency Dr. Hajar Ahmed Hajar Al-Boutami Al-Banali, former Minister of Health, as part of the Ministry’s videos on icons of culture and art in various fields.

The video informs us that Dr. Hajar was born in 1943, received a bachelor’s and doctoral degree at the University of Colorado School of Medicine in the United States of America, and occupied a number of positions in the health sector before becoming Minister of Health from 1999 to 2005.
Moreover, in recognition of Dr. Hajar Ahmed Al-Banali’s efforts in fighting smoking, he received several awards from the World Health Organization, Qatar State Award in Medicine in 2009, and GCC Distinction Award in Health in 2015; the video explains. The video also describes Dr. Hajar Al-Banali as passionate about poetry and has always researched the relationship between medicine and literature including his most prominent poetry collection books “Lamiyat Alkhaleej” and “Tears on Baghdad”, in addition to his other works including “Leila’s Lover Between the Perspectives of Medicine and Literature”.

Among his works is “Coffee Between Medicine and Literature” in which he blends medicine with literature, reflecting his conscious intellectuality and his major scientific specialization as a poet and doctor and taking advantage of the accumulation of his linguistic and literary experiences along with his poetic interests to tackle coffee and the extent of its cultural and heritage importance. The book, further, highlights the perspective of medicine towards coffee and the author’s own story with coffee, which reflects the extent of his interest in it to write about it medically and literately; recalling since his childhood many changes in the preparation and serving of coffee in the Gulf and its tools and drinking habits across his life at home over the years.

The book falls into three major sections, the first of which is a historical review of coffee and the stages it went through; including first and foremost the prohibition of drinking coffee in the past up to the time it began to be widely used. Dr. Hajar, in the second section, presents the subject of coffee in ancient Arabic poetry, his review of coffee in Arabic poetry, and his description of coffee in Sufi literature. He, therefore, chose some Sufi poems on coffee to explain the point. In the third section, the author details the percentage of caffeine in coffee and the impact it leaves on the cardiovascular system, liver, diabetics and cancer patients; in addition to its other health effects.