Back / العودة
You are here: You are here: » News » Minister of Culture Honors Saad Al-Rumaihi as the Icon of Inspiration in Qatari Media 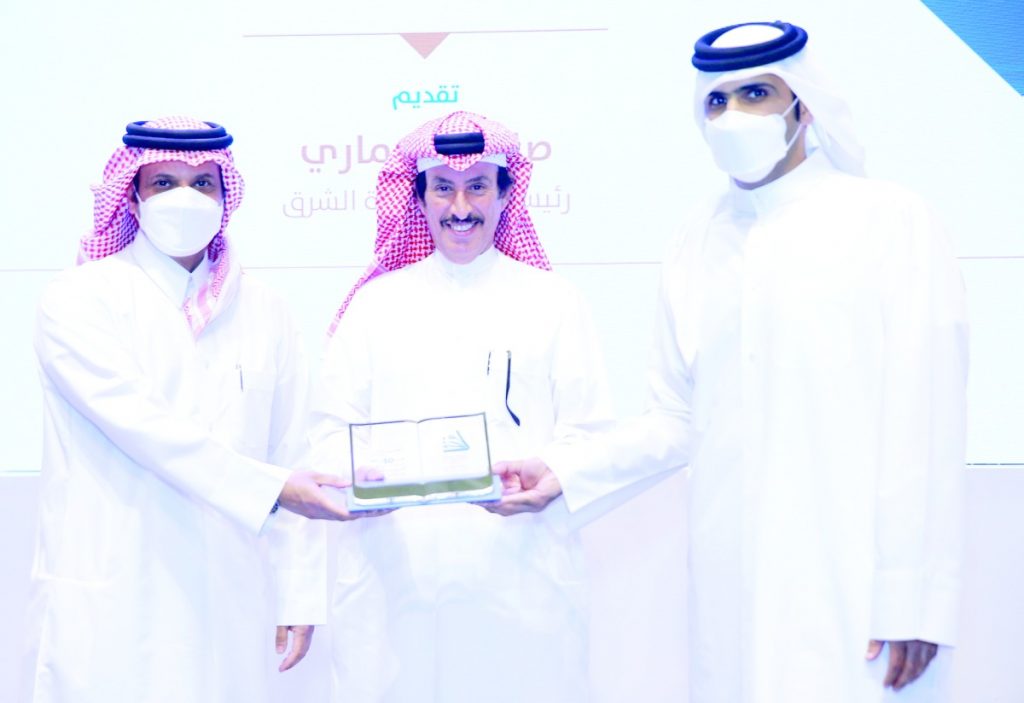 The Doha International Book Fair presented, as part of the sessions that present the “Qatari Inspirational Persons”, yesterday, Sunday, Mr. Saad Al-Rumaihi, President of the Qatar Press Center, who recently won the Arab Sports Culture Award for Media, which is granted to those who elevate professional values in media work and maintain interest in valuable content. At the end of the session, His Excellency Sheikh Abdul Rahman Bin Hamad Al Thani, the Minister of Culture, honored the inspirational media icon Saad Al-Rumaihi, along with the editor-in-chief of Al-Sharq newspaper, Mr. Sadiq Al-Ammari, who moderated the session.

During the discussion, His Excellency the Minister requested Al-Rumaihi to publish his memoir to preserve his inspiring experience in the ministry. Mr. Al-Rumaihi, in response, accepted the request and referred to the Minster’s interest in reading and literature at his childhood time.

Valuable Legacy:
Mr. Saad Al-Rumaihi is a prominent Qatari media figure who has left a clear imprint not only in the field of sports media, but in the fields of media in general through an enlightened vision capable of being close to people through his inauguration and his presidency of Al-Saqr magazine, which was once a source of inspiration for millions of young Arab people, then managing Qatar TV, and then occupying a number of positions until he topped media profession ranks where he defended its values, ethics and professionalism through the Qatar Center for Journalism. Mr. Al-Ammari began the session by talking about the most important professional positions, then he talked about the circumstances that made him assume all the positions entrusted to him. He later briefed the attendees on the history of Al-Saqr magazine and his assignment as its editor-in-chief by His Highness the Father Amir Sheikh Hamad Bin Khalifa Al Thani, and how it was made into a weekly magazine after being a monthly magazine and the story of its wide spread in the Arab market and then its entry into the European market and its arrival to the Australian city of Sydney. Finally, Mr. Al-Rumaihi talked about his work with His Highness the Father Amir back then. He then opened the discussion to the attendees; who commended the session and the valuable information presented by him.