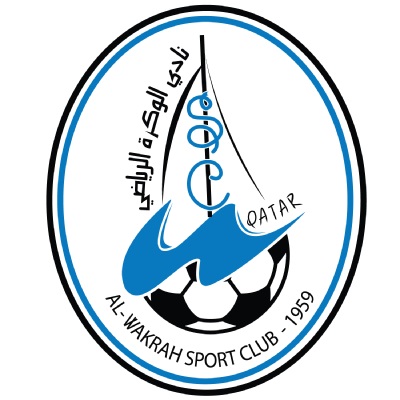 Al-Wakrah Sports Club is a Qatari professional sports club based in Al Wakrah East Qatar, it was established in 1959 and is considered one of the oldest Qatari clubs, it is one of the clubs that achieved many successes in different areas.

Since its beginning, sports teams have been formed and participation in football, basketball and hand competitions has started. During this period, the club moved to several different places. Despite this, and with the determination of the youth and the constant care from the club’s management, Al-Wakra Sports Club base expanded, and new sports were introduced alongside football and basketball teams, like “volleyball, handball, athletics, table tennis, bowling and chess.”

The management of the club did not lose sight of the cultural and social activity, so a cultural committee and an acting and music team were formed.

After the construction of the new building for Al Wakra Club, the activities of the club were transferred to the current premises, and the team adopted the colors “white and light blue,” as a result, the audience and fans adopted the name “The Blue Wave” as a nickname for their club

Al-Wakrah Club consists of several large sports facilities, the most prominent of which is the Saud bin Abdul Rahman Stadium, also known as Al-Wakrah SC Stadium, is a multi-purpose stadium in Al Wakrah, Qatar. It is currently used mostly for football matches. In addition, there are some other teams that play at Al Wakrah SC Stadium, which also includes a large administrative building and gym, as well as training pitches, and other facilities