Back / العودة
You are here: You are here: » News » Masoud Al-Khalaf: “The Last Rifle” and Exploring Emotional Pain 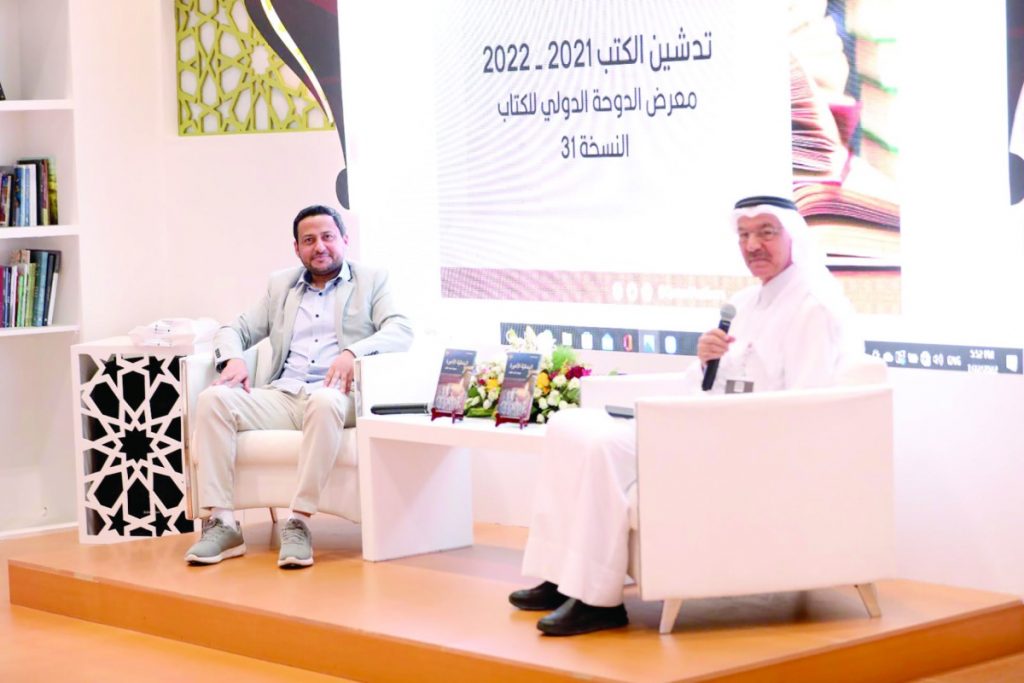 On the final day of the Doha International Book Fair, the Qatari Forum for Authors’ exhibit hosted a launching event for Masoud Al-Khalaf’s short story collection The Last Rifle. The launching session was moderated by Salah Gharib who led the discussion of the book, which was published in 2021 by Dar Rosa. The stories deal with social and humanistic themes that approach reality from a universal perspective. The author explained that The Last Rifle is a collection of short stories that start with Lost, a story about a girl lost in the streets of Damascus, whose appearance causes the narrator anguish and confusion. He added, “I started writing short stories in 2017. I published a few stories, including Al-Batoul wal-Arqat, Khadija Laf, The Howls of Rifles, and Moans of Stalks in Al-Dawha and Al-Arabi magazines. Then, the stories were collected and published by Dar Rosa.