Back / العودة
You are here: You are here: » News » MARYAM AL-HAMMADI: “WE ARE PROUD OF WHAT HAS BEEN ACHIEVED AT THE DOHA INTERNATIONAL BOOK FAIR

MARYAM AL-HAMMADI: “WE ARE PROUD OF WHAT HAS BEEN ACHIEVED AT THE DOHA INTERNATIONAL BOOK FAIR 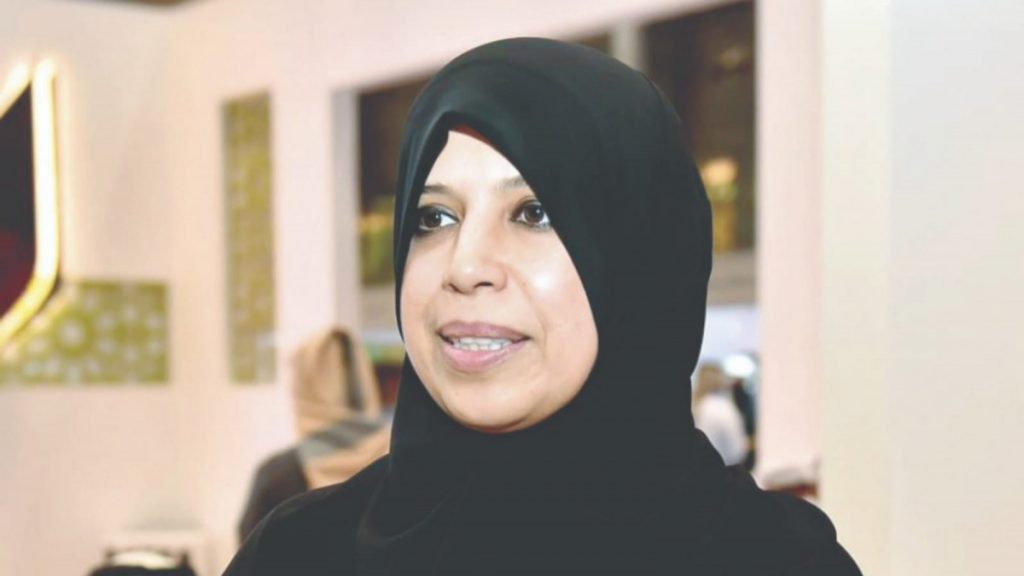 Speaking about the Doha International Book Fair, writer Mariam Yassin Al-Hammadi, Director of the Culture and Arts Department at the Ministry of Culture, said: “As Director of the Culture and Arts Department, I am very proud of what has been achieved in this exhibition. It was a cultural festival in which writers, authors, artists, musicians, painters, and poets were present. It was a diverse cultural event that included professionals in the sphere of culture, something that makes us happy and proud. Everyone interacted comfortably in their field, as required; so, the event appeared more than just a book fair, especially since we are used to seeing the exhibition full of diverse cultural events.”

She continued: “There was momentum in the events and the activities were set in a number of places, including Al Jasra Club, which is one of the oldest cultural clubs in the country, and it is a cultural landmark that deserves to be highlighted, in addition to the Qatari Forum for Authors, which officially started in 2019. After more than three years, this Forum has become the meeting place for authors to exchange views, launch books, and talk about them. A special place was dedicated at the Forum’s pavilion to discuss books after being launched.

She pointed out that approximately 150 book launches, sessions, and seminars were held at the Forum, all were initiatives made by our writers and authors, as well as the parties that launched their books at the exhibition, which is one of the indicators of the cultural movement taking place in the State of Qatar. The number of books issued within the country has increased, especially those that enhance national and cultural identity, in addition to specialized and literary books, as well as the competition launched by Dar Al Sharq, and many initiatives undertaken by our writers and Forum members.

As Director of the Department of Culture and Arts at the Ministry of Culture, and Director-General of the Qatari Forum for Authors, Al-Hammadi expressed her thanks to Al Sharq newspaper for its efforts and support for Qatari writers and authors.