Back / العودة
You are here: You are here: » News » “Marqat Qatar” presents the skills of “improvised speeches” 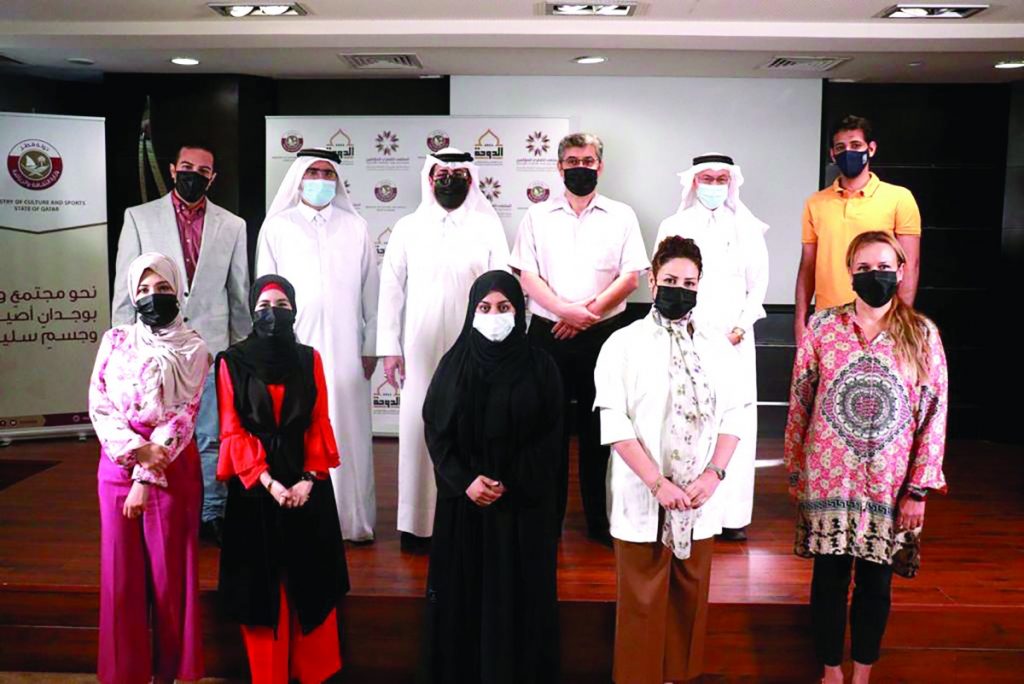 The Qatari Forum for Authors organized the seventeenth session of the ” Marqat Qatar for Speech” initiative, which is being held at the Doha Event, the capital of culture of the Islamic world, 2021.

The session was opened by Mr. Mohamed El Shabrawi, linguistic partner of the initiative, who welcomed the audience and viewers. The event was held on YouTube on “Al- Moltaqa” channel, confirming that it was the fourth episode of “Improvisational speeches.” He said, “It’s been said that improvisation killed men, so they meant and wanted to say: Human beings can only improvise if they can collect a linguistic repertoire that qualifies them, helps them to speak before the public, so that today we can test the abilities of orators to speak in front of the public, to assemble and express the idea with pleasure or persuasion, or that it is just to recommend time. ”

Sheikh Shaker Al-Shahwani delivered the speech of Marqat Qatar, which came under the title “”The ingenuity of initiation.” Sheikh Shaker said: the successful orator is that who chooses a topic which touches the reality of people. Whatever is spoken of, it must be linked to what is happening these days, whether it be a local or a global event. ”

The main paragraph dealt with the presentation of improvisational speeches, and the first speech was made by Lama Sahouri, together with Orator Marim Al- Subaie, who gave her sermons, in which she was exposed to the problems of life, which can only be faced by being patient, and the orator Marim Al- Subaie was exposed to the importance of patience and how to use it to confront the suffering of the human being.

The second improvisation was made by Mr. Khaled Al-Ahmed, along with orator Ayat Hamad, who gave her first speech in “Al-Marqat”. Al-Ahmad asked her: “Ask for knowledge…”. Here, orator Hamad replied, “I ask for knowledge even in China,” and proceeded from this statement to speak about the importance of knowledge, the exhortation of the Islamic religion and the importance of effort and energy in obtaining it, especially in the current era, in the light of the Corona pandemic.

Orator Amer Hayel gave the final sermon in this session of “Al- Marqat” together with the arbitrator Dr. Rania Mustafa, Who asked Amer saying “The same you are raised up…”. Amer answered giving a sermon in which he completed the proverb “The same you are raised up, the same you will be when you are old” (Always has been, always will be) He considered it one of the many and common proverbs that convey the idea to the listener, in a few words, to be more clear.