Back / العودة
You are here: You are here: » News » “Marqat Qatar “notes the need for good preparation of “speeches”

“Marqat Qatar “notes the need for good preparation of “speeches” 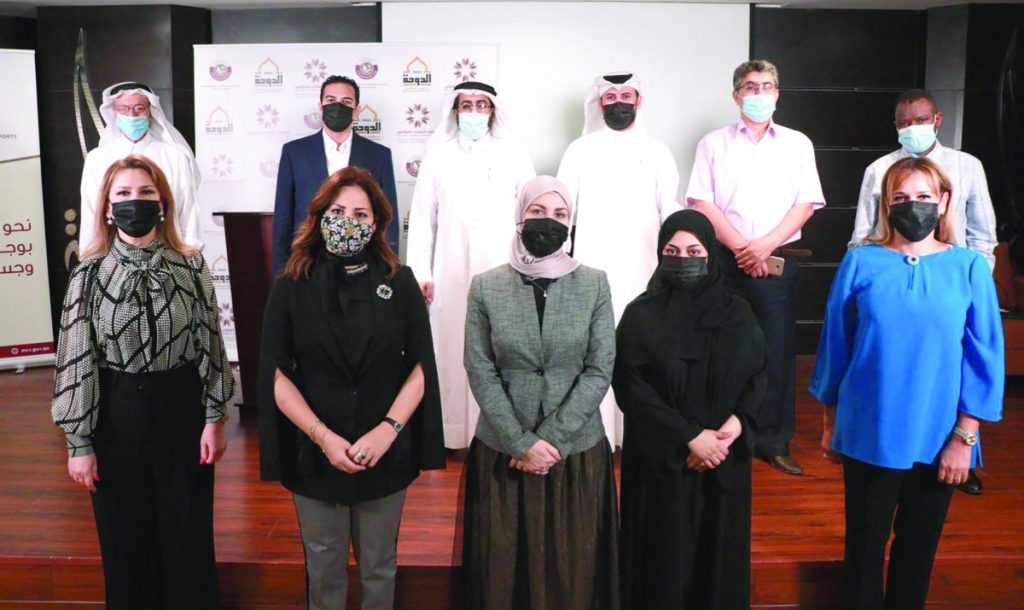 The Qatari Forum for Authors held the 21st meeting of the “Marqat Qatar for speech” which is held within Doha events, the capital of culture of the Islamic world, 2021.

Dr. Ahmed Al-Janabbi, the linguistic expert and supervisor of the initiative, described this session as special, pointing out that it was preceded by twenty sessions that were and are still preserved within the digital platforms of the forum.

In turn, Mr. Muhammad Al-Shabrawi, language partner of the “Qatar Speech Marqat” initiative, made an intervention in which he spoke about how to benefit from the Marqat archive and the sessions that shall be presented later, stating that, “We have benefited a lot from the various speeches witnessed by the previous sessions of the “Marqat”, by enhancing What it witnessed from the strengths of the speeches, as opposed to reducing their weaknesses.”

Al-Shabrawi added, “We need to make good use of what was broadcasted on the digital platforms of the Qatari Forum for Authors from the speeches of the “Marqat”, to come up with a set of statements and referrals that the preacher can speak with,” noting that it is not necessary for all people to be good at improvisational sermons, especially since improvisation has its own people, What is important is training and learning, as it is not necessary for the preacher to be improvised, but the important thing is to prepare the sermons well.

Sheikh Shaker Al-Shahwani presented “Marqat Qatar speech”, during which he stressed the importance of making use of likenesses and isotopes in a way that makes the preacher benefit from them in his sermons.

This session witnessed a welcomed competition between the preachers regarding the types of rhetoric, including the memorized, critical, read and improvisational. The preacher Maryam Al-Subai’i presented a written sermon at the third level entitled “The Fifth Umrah” during which she spoke about enduring hardships for the sake of Umrah, and the sermon included a letter of apology to Makkah Al-Mukarramah, and everything around it.

For her part, the preacher Samar Munib presented “Rhymes sermon” “Asjaa”, in which she weaved her speech on the same letter for four minutes with rhetorical skill, while the preacher Abdul Jabbar Fares delivered his first sermon in the “Marqat Qatar for Speech” under the title “Who am I?, in which he expressed himself and spoke about himself with Self-satisfaction.

In addition, the preacher Ahmed Azab presented his third critical sermon, after he had previously presented two critical sermons, dedicating them to constructive criticism of Maryam Al-Subaie’s sermon by focusing on body language, pointing out that she employed body expressions in the content of her sermon, and that she stood behind the podium with confidence, and she made good use of body language in her sermon