Back / العودة
You are here: You are here: » News » Innovators Encourage Students to Participate in the “College Poet” Competition

Innovators Encourage Students to Participate in the “College Poet” Competition 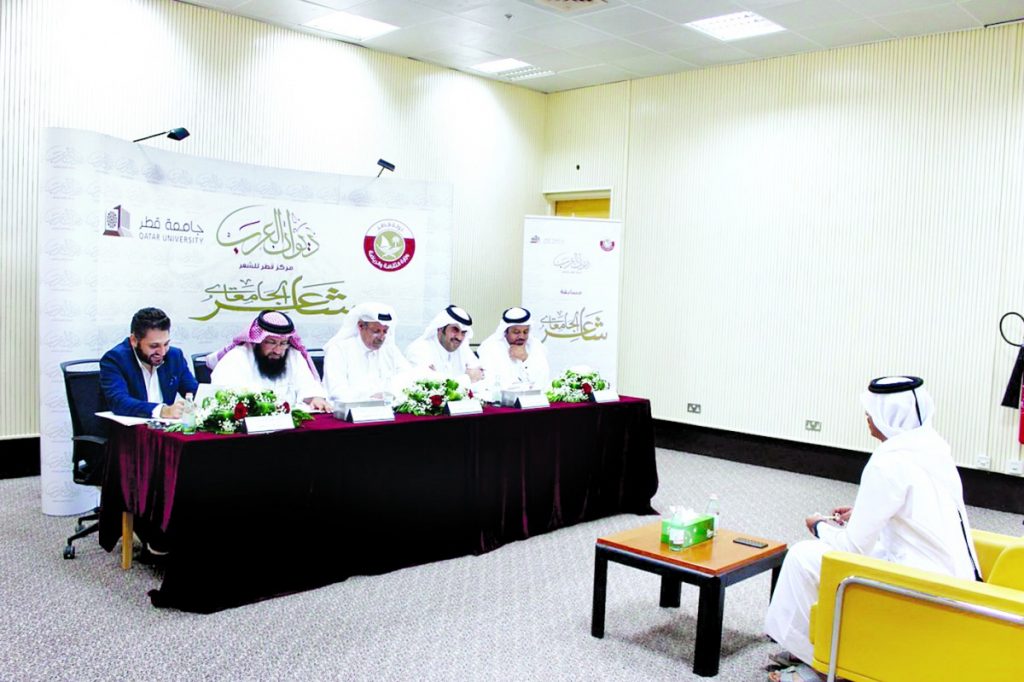 Next Friday is the deadline for the accepting submissions to the third edition of the “College Poet” Competition, organized by the Qatar Center for Poetry (Diwan Al-Arab).

Submissions are to be uploaded to the center’s website. All submissions must have their authors’ full names as in their national identity cards. Submitted poems must be 10-15 lines long. The competition is open to Qatari and resident college students currently enrolled in civilian or military colleges and universities. There are two categories for the competition: Colloquial Arabic poetry and Standard Arabic poetry.

Diwan Al-Arab posted a video on its website of well-known poets encouraging students to participate in the competition. For example, it shows Zayed bin Karouz saying, “The competition is open once more to renew poetic creativity.” Mubarak Al Khalifa said in the video, “We are back with a new horizon through the College Poet competition.”

Ali Al-Masoudy explained that submissions are accepted from Qatari and resident students enrolled in civilian and military Qatari universities and colleges. He added that a judging committee determines eligibility and later selects the winners. He invited all interested eligible aspiring poets to upload their submissions through the link in the video, which can also be found on Diwan Al-Arab’s social media pages.

The announcement for the competition came while Diwan Al-Arab was participating in the Doha International Book Fair. At the book fair, the center organized a number of poetry readings in a series of events entitled “Oceans of Literature.” Several poets took part in the readings at various exhibits throughout the book fair.