Back / العودة
You are here: You are here: » News » IBRAHIM AL-SAYED COMMENDS DOHA INTERNATIONAL BOOK FAIR AS ONE OF THE DISTINGUISHED EXHIBITIONS SOLICITED BY PUBLISHING HOUSES 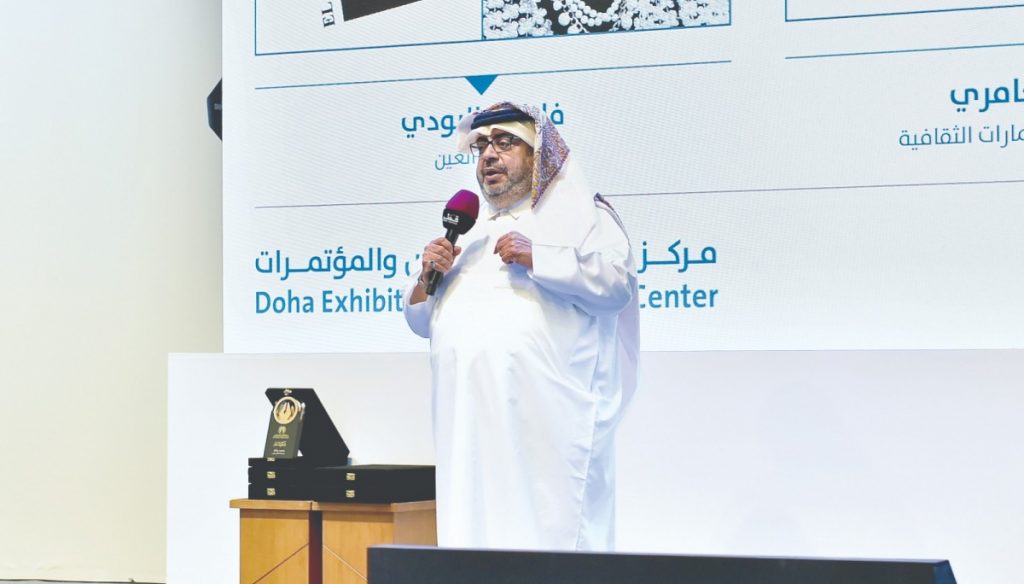 Ibrahim Al-Bohashem Al-Sayed, Director-General of Dar Al Watad for Publishing and Distribution, expressed his thanks to His Excellency Sheikh Abdul Rahman bin Hamad Al-Thani, Minister of Culture, for the support provided to Qatari publishing houses, the vast spaces allocated to them, the fees exemption, as well as for the facilities provided by the Exhibition Center, pointing out that the Doha International Book Fair coincides this year with the celebration of the nation’s memorable 50th anniversary.

He indicated that the interest of H.E. the Minister in books and publishing houses, his daily visits to the booths, his attentiveness to the concerns and problems of publishing houses, as well as his decision to exempt other publishing houses from fees is a welcome and generous initiative. He continued: “The Doha International Book Fair is a distinguished exhibition, which is solicited by publishers, due to the good purchasing power and the acquisition of books. We have noticed an increase in the number of publishing houses, which made us decline hosting some publishing houses for lack of space, although the Fair’s area is one of the largest in the Gulf countries, covering 29,500 square meters, providing ease of movement and organization.

He further noted the agreements made between Dar Al Watad and publishing houses from Tunisia, Egypt, Jordan, and Iraq to ​​distribute their books and publications in Qatar through Dar Al Watad, especially that these companies are concerned with publication and distribution as well, adding: “Our goal is to search for any published work by a Qatari author outside of Qatar, which we seek to acquire and distribute in Qatar. In the end, I congratulate H.E. the Minister of Culture on the success of the Fair, and we wish all upcoming editions success.”