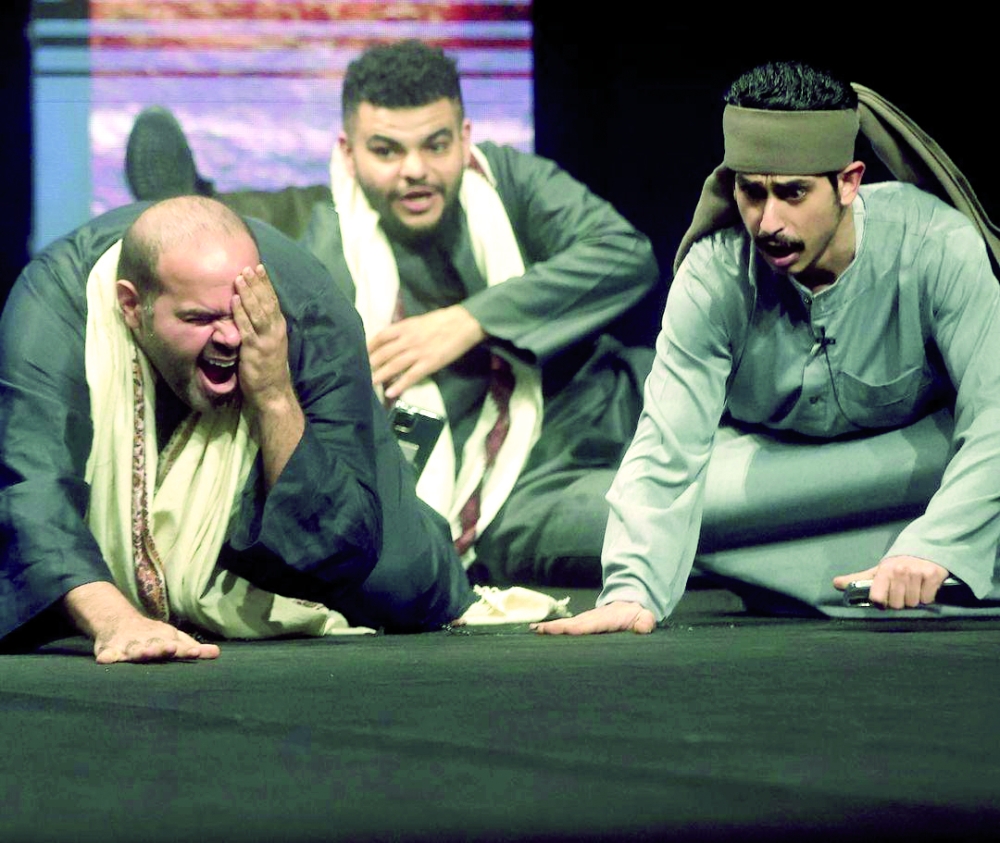 The last show of the comedy play “The Difficult Mission ” ended last night on the Drama Theater at Katara; under the patronage of the Theater Affairs Center of the Ministry of Culture. The paly coincided with hosting the FIFA Arab Cup 2021, and a large audience attended it.
It also witnessed the return of the Qatari actor Ghazi Hussein to perform again on the stage. Theatrical performances were co-starred by Abdulaziz al-Muslim, Maram and a group of Kuwaiti theater stars as well Khaled Rabi’a.

On his participation in this play, actor Khaled Rabi’a said: “We were pleased with our participation in this Kuwaiti-Qatari work, especially because it coincides with the FIFA Arab Cup 2021 as well as the celebrations of the National Day of the State of Qatar in which we enjoy wonderful ambiances in the Cultural Village (Katara) and in many other places in the country.” Actor Rabi’a also pointed out that “The Difficult Mission was a Kuwaiti play, and it became Kuwaiti-Qatari with the participation of Qatar’s star Ghazi Hussein. Despite the short period of rehearsals, actors gladly showed a great responsibility to perform. Participating in this play and meeting the audience was a challenge that I think we succeeded in as the audience’s reaction shows. People showed a great interest and all the shows were attended fully. Today we perform the twelfth show and tickets are sold out. It is the last show.”

On the importance of returning to act on the stage, especially after he stopped theatrical performances for more than two years, actor Rabi’a explained that: “returning was like a meeting of lovers after a separation imposed by the pandemic, and the beauty of this experience is that it coincided, as I said earlier, with a big Arab sports event where sports audience is large and theater lovers are hundreds in number, so our performances had to be extended until yesterday; with three shows per day!” He, moreover, explained that reading the play script and doing the rehearsals took place during three days before the start of the shows, and the general rehearsal was staged before the main show. “All went in record time, but the result was up to the expectations; as the audience liked it and motivated us to show our best.”, he added. Actor Khaled Rabi’a also pointed out that “The Difficult Mission” is a good start for Qatar’s theater and  drama after the Covid-19 pandemic period. “Hopefully we will have new works next year, and I wish arts activities return to their momentum as used to be before the pandemic.”, actor Rabi’a concluded.