Back / العودة
You are here: You are here: » News » Environmental Information and Awareness Discussed at “A Dialogue With”

Environmental Information and Awareness Discussed at “A Dialogue With” 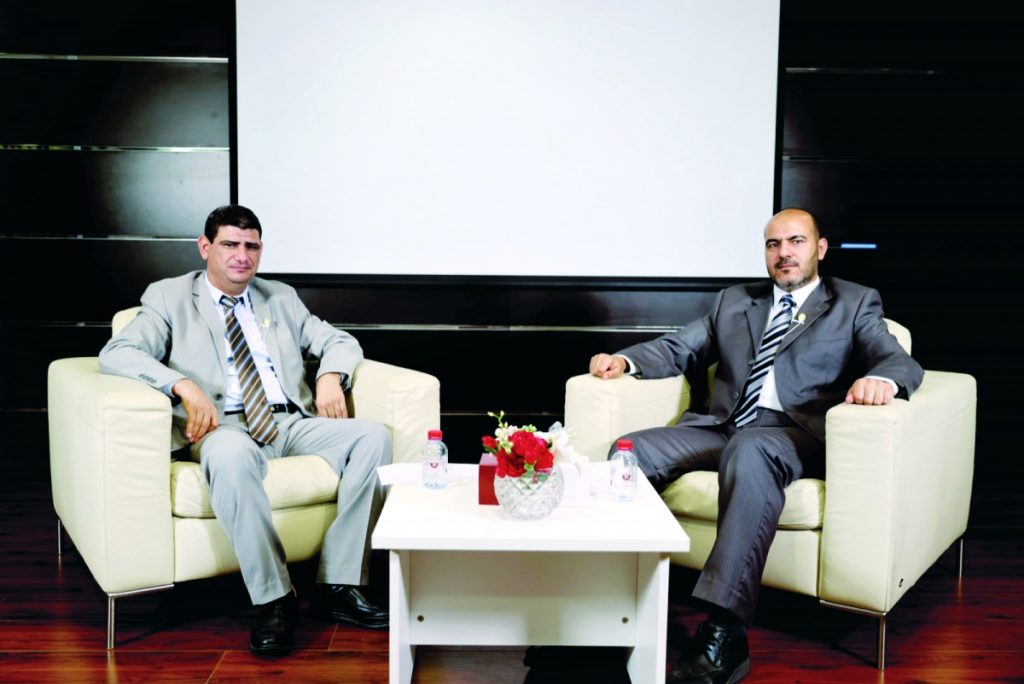 As part of a new episode of the “A Dialogue With” initiative, moderated by Dr. Ali Afifi Ali Ghazi, the Qatari Forum for Authors shed light on the topic of environmental information dissemination and awareness in a discussion with author, researcher and trainer Professor Muhammad Ibrahim Khater.

Dr. Ali Afifi introduced the guest of the episode Professor Khater who holds a Bachelor of Science in Chemistry and a Diploma in Islamic Studies. He also delivered many lectures, courses and training workshops, and is currently working as the general supervisor of the “T’arrofow” website, in addition to publishing many articles and studies in newspapers, magazines and websites. Professor Khater also participated in editing “Saheefa” magazine; issued by the National Human Rights Committee in the State of Qatar. His publications include environmental info media and awareness, health safety, Islam and knowledge renaissance.