Back / العودة
You are here: You are here: » News » Dr. Abdullah Faraj Al-Marzouqi at the Qatari Forum for Authors: Qatar will Remain a Destination for Scientists and Intellectuals

Dr. Abdullah Faraj Al-Marzouqi at the Qatari Forum for Authors: Qatar will Remain a Destination for Scientists and Intellectuals 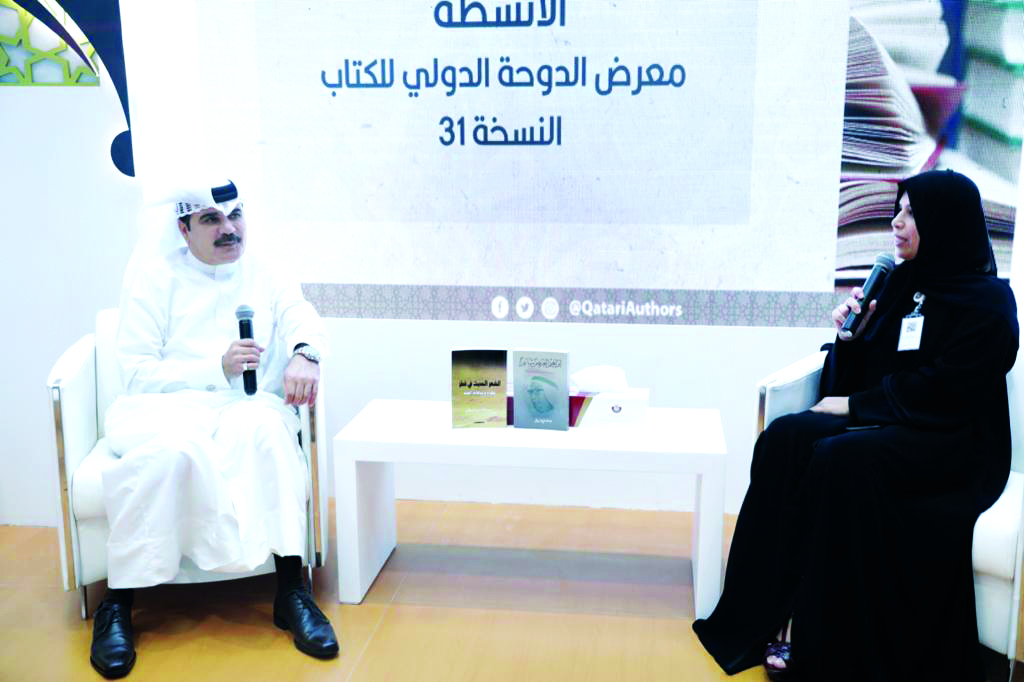 The Qatari Forum for Authors hosted author and media personality Dr. Abdullah Faraj Al-Marzouqi. Maryam Yassin Al-Hammadi, Director of the Culture and Arts Administration at the Ministry of Culture and Director of the Qatari Forum for Authors, introduced Dr. Al-Marzouqi as a distinguished author, a literary critic, and a well-established poet with a long career in media.

Dr. Al-Marzouqi noted that long before people knew him as a poet and author, they knew him from the media, as he first appeared on Qatar Radio in 1972 when he was in elementary school.

He described the Forum as a pillar of culture thanks to its efforts and state support. He commented that the state, whose support has made the Forum possible, is saving no effort to support cultural institutions and events, thus making Qatar the main destination for scientists and intellectuals and a landmark for knowledge and culture.

He explained that “culture” is a vague term, as there is local culture, regional culture, Arab culture, Islamic culture, tourism culture, and national culture, among others interpretations. In these concentric circles of culture, the Qatari Forum for Authors is charged with supporting local and national culture in order to protect Qatar’s national, Arab, and Islamic identity. He expressed his hopes for the Forum to continue serving in this role and contributing to efforts to maintain Qatar’s position at the forefront of international arenas.

He recommended changing the Forum’s name to the “Cultural Forum for Authors in Qatar.” The recommended name, as he explained, is more inclusive, thanks to the vagueness of the word “culture.” He emphasized that the recommended name does not undermine the role of the Forum and its current efforts. He added that disagreements among writers are valuable as long as they reflect mutual respect and appreciation.

Maryam Al-Hammadi asked Dr. Al-Marzouqi about the plan to further develop the Forum and the services it offers to writers. He responded that there are several plans, but they are best implemented in order according to an overarching scheme. He concluded by saying, “The Forum was established four years ago, but I learned about it only recently. I am not sure whether this was my fault or the Forum’s fault. Either way, there is no reason to disagree, and there is always room for everyone.”