“Dialogue with …” hosts an entrepreneur 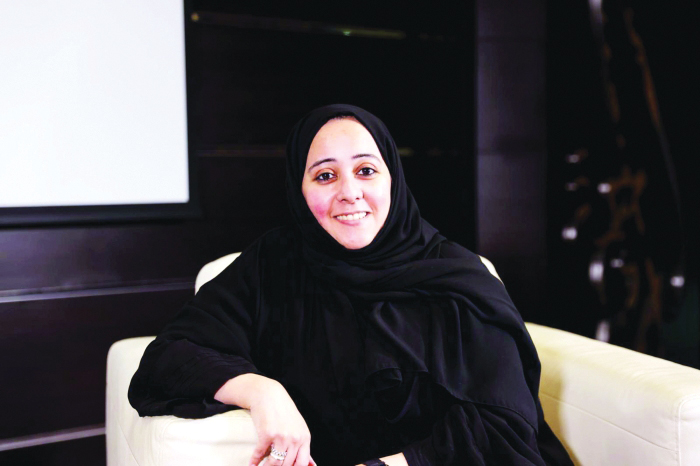 Rasha Khamis Al-Sulaiti, a technology entrepreneur and expert in the electronic publishing sector, confirmed that the crisis of Corona virus “Covid-19” has accelerated the process of digital and knowledge transformation for the next decade, and changed the way of dealing with technology by allowing time for the reader to peruse knowledge.

During a session of the “Dialogue with” initiative at the Qatari Forum for Authors of the Ministry of Culture, she said that the service sector entered the field of technological applications quite late, mainly due to the reluctance of people who refuse to use them so as not to lose their jobs, especially in traditional jobs. She pointed out the need to raise awareness that technology does not mean dispensing with the human role in jobs, but it saves time and energy. She attributed the fact that the Arab world in the region is lagging behind in the field of technology to the absence of investments in this sector, given that investment in the knowledge field is branded as unprofitable. She stressed the need to change this view, as the Western world has come a long way in technology investments. She pointed out that the Arab world is not inferior to the Western world in terms of knowledge development, but we are only late in entering this field, and we lack investments in technology.

She explained during the session, which was moderated by Dr. Ali Afifi Ali Ghazi, that the development of life indeed calls for dispensing with some jobs. Over time, many professions and jobs have disappeared. She pointed out that there are ministries that have reduced their bureaucracy through the adoption of new electronic applications, including the Ministry of Culture, for example.

The session began with a question about the process of knowledge development in the State of Qatar. Then the Moderator introduced the guest of the Initiative, Rasha Khamis Al-Sulaiti, noting that she holds a Bachelor’s degree in Architectural Engineering from UAE University, and an Executive MBA from the University of Business Administration in Qatar. She worked at Qatar Foundation from 2001 to 2017, then she devoted herself to working in the private sector, and established a number of institutions that represent technological progress and meet the needs of consumers in Qatar in the information age.

The Moderator revealed that Rasha led the daily operations of “Book Narrator” (“Rawi al-Kutub”) from 2016 to 2020, and engaged in developing business through strategic partnerships with audiobook operators, publishers as well as governmental, cultural and research institutions, and dedicated her time to administrative and consultancy development. The Moderator raised a question about the issue of technology in knowledge development, and the nature of this concept. Rasha confirmed that scientific and technological development was subjected to the effects by the Corona pandemic (Covid-19), especially in the education sector. She noted that the pandemic compelled the educational sector to enter the technological arena in a more serious fashion. There is a difference between the student today and the same student in the pre-pandemic era, when he/she used to marvel at the existence of an audiobook or the use of educational technology unfamiliar to him/her.

She added: “We used to tell students in learning centers that we are trying to increase your knowledge through the audio library that can be used at home.” She concluded that knowledge development has been positively affected by the pandemic, despite some negative side-effects.