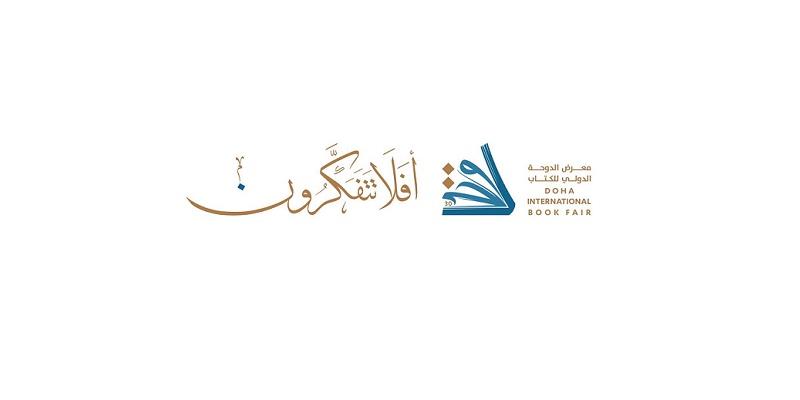 Under the auspices of HH Sheikh Tamim bin Hamad Al Thani, the beloved Emir of the State of Qatar, the activities of the 30th edition of the Doha International Book Fair are launched today at the Doha Exhibition and Convention Center of the Ministry of Culture and Sports under the slogan “Do you then not ponder?”. These activities are scheduled to take place between 9 January to 18 January 2020. This year is marked by the participation of 335 publishing houses representing 31 Arab and Foreign countries, some of which are participating for the first time, such as Belgium and Australia. The Minister of Culture and Sports and a host of Ministers, ambassadors, intelligentsia and those involved with the publishing field are expected to show up at the opening ceremony. The Republic of France is the guest of honor at this year’s edition of the Fair, in conjunction with the celebration of the Qatar-France Year of Culture 2020, whose programme was launched last Tuesday.

The 30th edition of Doha International Book Forum (DIBF) have registered the widest participation of private Qatari Publishing Houses, marking a true and powerful breakthrough for the culture makers and publishers in Qatar.

This year the DIBF is distinguished by a different and unique design allowing for easy access to the required resources. Additionally, a core area in the center of the fairground is designated for the activities held in celebration of Qatar-France Year of Culture and other rich cultural events whether in the main theatre, the cultural salon, cultural cafés, or the Qatar school for children’s events, as well as allocating a media center for the media personnel. The DIBF visiting hours are scheduled as follows, 9:00 am to 9:00 pm on the days from Saturday to Wednesday, 9:00 am to 10:00 pm on Thursday, and 3:00 pm to 10:00 pm on Friday. The necessary facilities are provided for the DIBF visitors. Free parking lots are designated for visitors during the period of the Fair, in addition to free shopping carts and book delivery, as well as the large space dedicated for families and children.

The cultural program of DIBF involves several seminars and lectures, including the lecture on “Promoting Heritage to Build a Better Future” featuring Philippe Bélaval, the Head of the French National Monuments Centre, the seminar “Qatar and Turkey: Historic Depth and Cultural Interconnectivity”, the Inauguration of the new identity cards and membership of Qatari Forum for Authors, The theatrical dialogue session, and the meeting of the Minister of Culture and Sports with the writers at the end of the Fair. Activities also include nine theatrical performances and six artistic and literary evenings, as well as poetry evenings with the participation of poets from Qatar and other states, in addition to a French musical evening.

The organizing committee of the DIBF have named the entrance gates of visitors after thinkers and scholars who made great contributions in their communities and on the international level. There will be five entrance gates carrying the names of five great men on the local, Arab and international levels; Yousuf Bin Abd Ul-Rahman Al-Khulaifi, one of the pioneers of Qatari literature, Abdullah bin Turki Al Subaie, a Qatari religious scholar and a pioneer of the educational renaissance, Dr. Mustafa Mahmoud, the Egyptian doctor and writer who devoted his life to spreading awareness, Jean-Jacques Rousseau, the French writer and philosopher and one of the most prominent philosophers of the age of enlightenment, and finally Paul Éluard, the French poet and novelist and one of the founders of the surrealist movement.

In conclusion, this session witnesses the broadest participation of Qatari publishing houses; a real and powerful breakthrough to the Qatari culture makers and publishers. About 40 training workshops will be held throughout the activities of the Fair, ranging from the field of pedagogy and self-development to reading and the development of the writing and language skills among other workshops such as the workshops on the foundations of national identity constructs and personal planning. A competition under the title “Do you then not ponder” will be held during the Fair. It is a cultural competition for all public primary schools of Qatar, for the 5th and 6th grades.