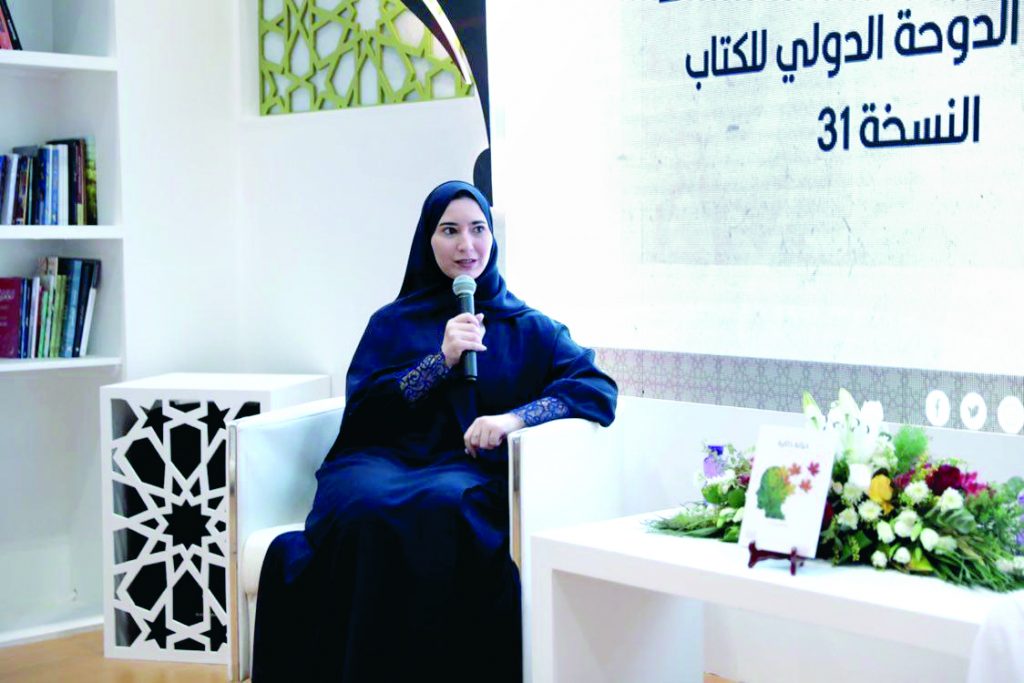 The pavilion of the Qatari Forum for Authors at the Doha International Book Fair witnessed the launching of the novel Memory Betrayal by Helena Aref Al-Wuraidat, who holds a BA in Arabic Language and Literature from Qatar University, and is currently working on her Master’s degree in the same area of specialization. The book launch comes within the framework of the Forum’s efforts to introduce the creative output of writers in Qatar and to enrich the cultural movement in the country.

Al-Wuraidat said that Memory Betrayal, published by Katara Publishing House in cooperation with the Qatari Woman Pen Forum, is her first publication in the State of Qatar. She affirmed that she had undergone several training workshops related to the methods of creative writing before writing her first novel. The plot of Memory Betrayal revolves around the protagonist, a girl named Asil who is exposed to a situation in her childhood, after which her life changes. The author added: “Everything that happens to her in the future is the result of the past situation.” “The character of the novel,” Al-Wuraidat continued, “experiences recurring crises that cause her to lose memory, recalling some events at times but forgetting others at other times.”

Al-Wuraidat revealed that she is working on other novels with a new idea, different in style and pattern from Memory Betrayal, explaining that she used narration through four chapters in the method of retrieval, and stressing that she will not repeat this method in future works.