Back / العودة
You are here: You are here: » News » “Between the Shelves” Initiative Reviews China’s Literary Journey 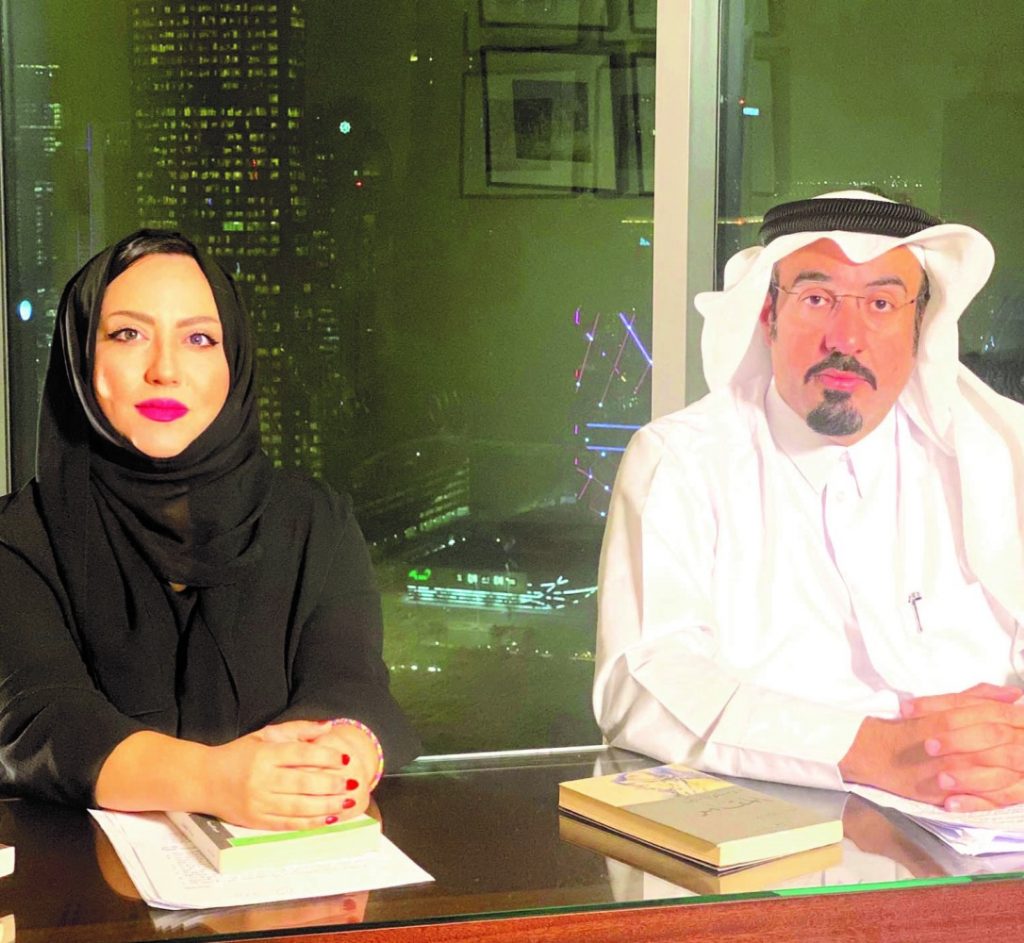 The Qatari Forum for Authors shed light on the most famous and oldest literature in the world, Chinese literature, during the “Between the Shelves” initiative moderated by author Hassan Al-Anwari and author Reem Daibes.

The session affirmed that China’s literature has proven its ability to persist throughout history with its rich thoughts, as the reader of the history of Chinese literature can easily notice its importance in the world literature scene.

Mr. Hassan Al-Anwari presented an overview of ancient Chinese literature, explaining that the Chinese did not consider literature a separate art form throughout most of Chinese history, but, rather, expected all intellectuals to write in a graceful and elegant style regardless of the subject.
He added: “Government service was highly respected in China until the beginning of the twentieth century, and for more than a thousand years, individuals held government jobs after passing an exam that tested their ability to compose poetry and write prose, which made most of the great writers in the period before the twentieth century become government employees, because most of them were appointed to their posts due to their outstanding literary skills.

The session indicated that China’s literature during the twentieth century witnessed a considerable separation from its past, and this split was partly attributed to the impact of Western culture on Chinese writers. It also reviewed the characteristics of modern Chinese literature by explaining that China was isolated from the West until the nineteenth century, which witnessed the travel of European missionaries and merchants to China, and the Chinese gradually opened up to European culture, pointing out that by the twentieth century the impact of Western literature appeared on the works of most Chinese writers.