Back / العودة
You are here: You are here: » News » “”Between the Shelves” highlights and sheds light over Japanese literature

“”Between the Shelves” highlights and sheds light over Japanese literature 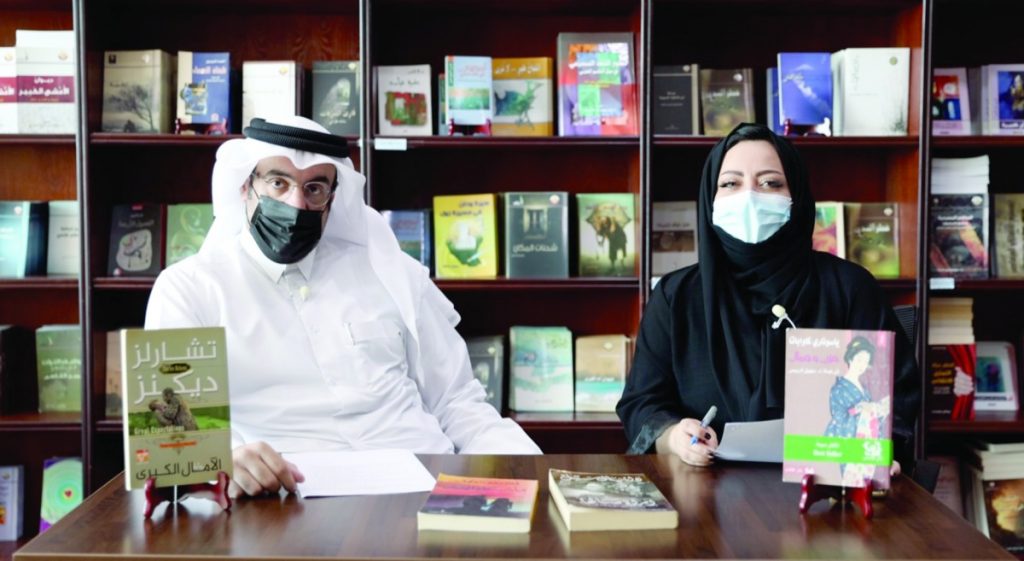 The Qatari Forum for Authors organized a new episode of the “Between the Shelves” initiative, which the is broadcasted and aired weekly on the Forum`s YouTube channel.

The author Hassan Al Anwari first gave an overview of the Japanese writer. (Yasunari Kawabata) Born on June 14, 1899 and deceased on April 16, 1972, he explained that he was a Japanese novelist whose prose creation, written in classy and obscure poetic language, which qualified him for the Nobel Prize for Literature 1968, became the first Japanese author to win the World Prize. His works have been translated into English and some Arabic, and are still read today. His life was full of misery. After losing his family, he moved to live with his mother’s family and then attended boarding school to get high school and join the Faculty of Humanities, majoring in English at the University of Tokyo.

He explained that the beauty lies in the novel in crystallizing this sadness through aesthetic paintings drawn by (the painter) and through novels written by (the writer), with a creative description of life in Japan with the blending of the picturesque nature with human life, their interaction with it, their lifestyle, clothing and living, and the interconnection of the lives of the Japanese with their beliefs and ancient history. Which is still influential in their lives, and their culture, noting that the novel includes an interesting description of Japanese culture.

Author Reem Daibes gave an overview of the novel, noting that it was the last novel he had written, that the whole novel was very rich, blending deep psychological reflections and no less profound perspectives on the meaning of immortality of art and literature, as well as a charming description of Japan’s gardens and scenery, and, before that, a careful reflection on writer’s theories, such as loneliness and death, , love and beauty. She added: The title of the novel expresses the truth of its events; Sadness accompanies the “painter” in her past with the “writer” and the sorrow she felt during her years of life, the loss of her daughter from the “writer” and the life of loneliness she lived, so the “girl” appears, and tries to remove the sorrow from her by her presence in her life and her attachment to her on the other hand And she continued: Sadness accompanies the “writer” because of his feeling of regret and the loss of this relationship.

The writer Reem Daibes referred to the difficult life the writer lived until his death by suicide under mysterious circumstances.