Back / العودة
You are here: You are here: » News » Al-Jasra Cultural Salon Hosts a Seminar on Literary Criticism 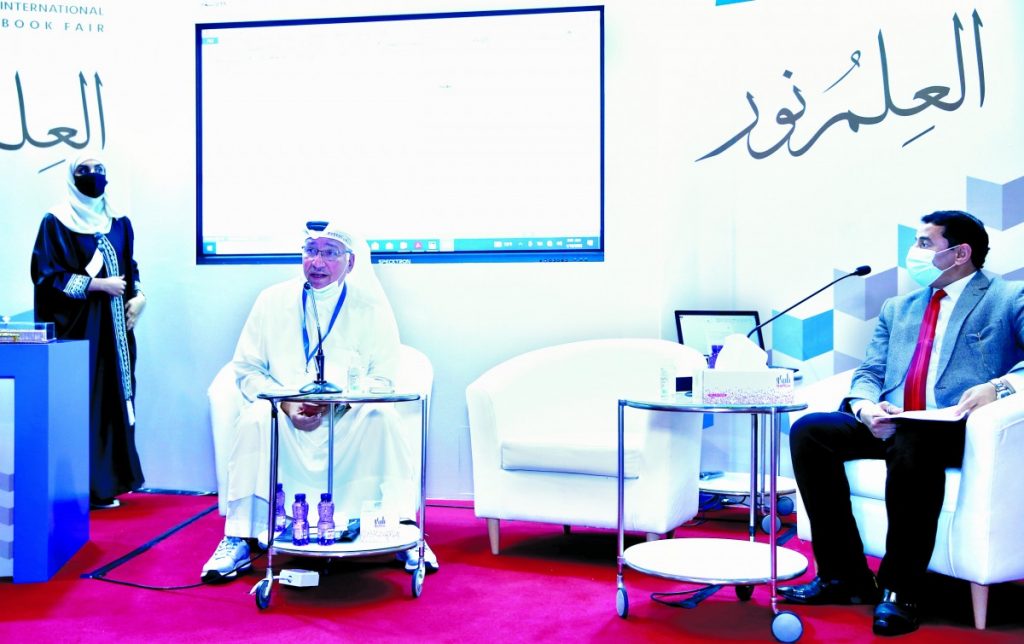 Al-Jasra Cultural Salon hosted the novelist and critic Dr. Ahmed Abdul Malik, and Dr. Mohammed Mustafa Salim, academic coordinator of the languages, media and translation sector at Qatar University’s Faculty of Arts and Sciences, at a seminar entitled “The Role of Literary Critical  Movement in Qatar’s Literary Scene”. Dr. Abdul Malik started the seminar by calling for an end to the trend of creating idols in the cultural field; noting that he read 99% of the Qatari literary production and published a book on the Qatari novel. He added that there are reasons why we have few criticism works produced, the first being wary of angering the “influential” writer, and the second reason is that promotion prevails over criticism; and this is why mistakes happen over and over again. The third reason is the fast rhythm of the present life, and journalists are not after constructive criticism. The fourth reason, he added, is the lack of literary criticism institutions, except for a few studies within the universities. He stressed that the literary critic must have a broad knowledge in the aspects of literature, be familiar with the previous approaches, must have the talent of criticism, academic competence, and be fair with good morals.

Dr. Abdul Malik also said that reading is the first stage before writing, noting that the writer excels in his language through daily training and listening to his inner voice; this is in addition to knowing the narrative characteristics, the narrator’s style, the informed narrator, as well as the use of narrative techniques such as flashback, etc.

For his part, Dr. Mustafa Salim said that the title of this seminar is “The Role of Literary Criticism Movement in the Literary Scene in Qatar”, so let us ask ourselves three questions. If we answer them sincerely then we will present what is required without evasiveness or shortcomings. Question 1: Where does Qatar’s literary critical scene originate? Question 2: Has this scene played its role towards Qatari writers and literature? Question 3: What challenges does it face to say it is ineffective or active, and what is this about? He added that Qatar’s literary and cultural scene consists of all these points. Firstly, the specialized critics in charge of analyzing this creative scene. Secondly, Qatar University with its critical and literary cadres with their cultural interests. Thirdly, other universities with their contribution, in addition to the Cultural Village Foundation (Katara), the Ministry of Culture and the Qatari Forum for Authors, and Al-Jasra Cultural and Social Club. He pointed out that some of these entities made a limited contribution but did not open ably to everything that Qatari literature offers; stressing on the fact that the few literary criticism efforts exerted have not managed to achieve a noticeable presence.