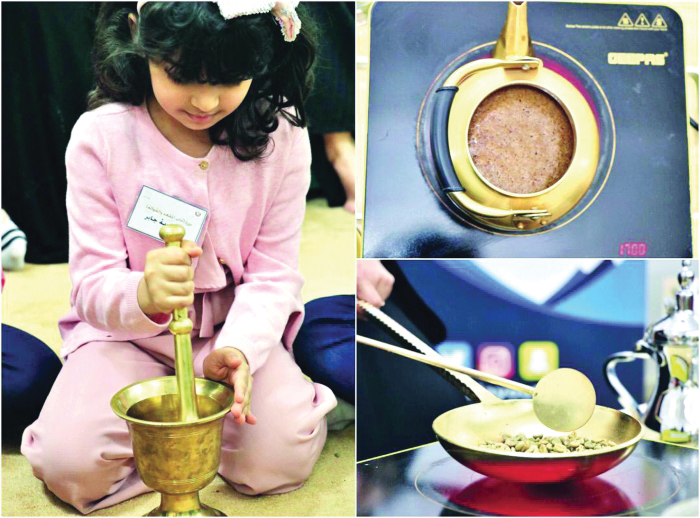 In cooperation with Nomas Center, the girls section at Al-Azizia Youth Center has participated in a “Coffee Making” workshop, where participants have been introduced to proper ways of making Arabian coffee, which is considered one of the most authentic Qatari traditions. Coffee is an integral part in Qatari Majlis and households where it is served to guests and visitors as a welcoming gesture. It is an authentic Arabic custom and a sign of Arabic hospitality. Additionally, in 2016, Qatar officially celebrated the inscription of “Arabic Coffee” on the Representative List of the Intangible Cultural Heritage of Humanity of the United Nations Educational, Scientific and Cultural Organization (UNESCO). During the workshop, girls had practical training on how to make and prepare Arabic coffee. They were very interested in learning the proper ways to make coffee. The workshop aimed at teaching girls home skills, as mastering the making of Arabic coffee is considered an important skill that every girl should know.

The girls section is keen to offer workshops and programs from time to time to promote Qatari customs among female members of the center. Nomas Center has been selected for participation in this workshop as it is considered one of the centers which are eager to embed and teach such customs to younger generations.