Back / العودة
You are here: You are here: » News » Activities of “the Space Challenge” Spring Camp of the QSC Ends

Activities of “the Space Challenge” Spring Camp of the QSC Ends 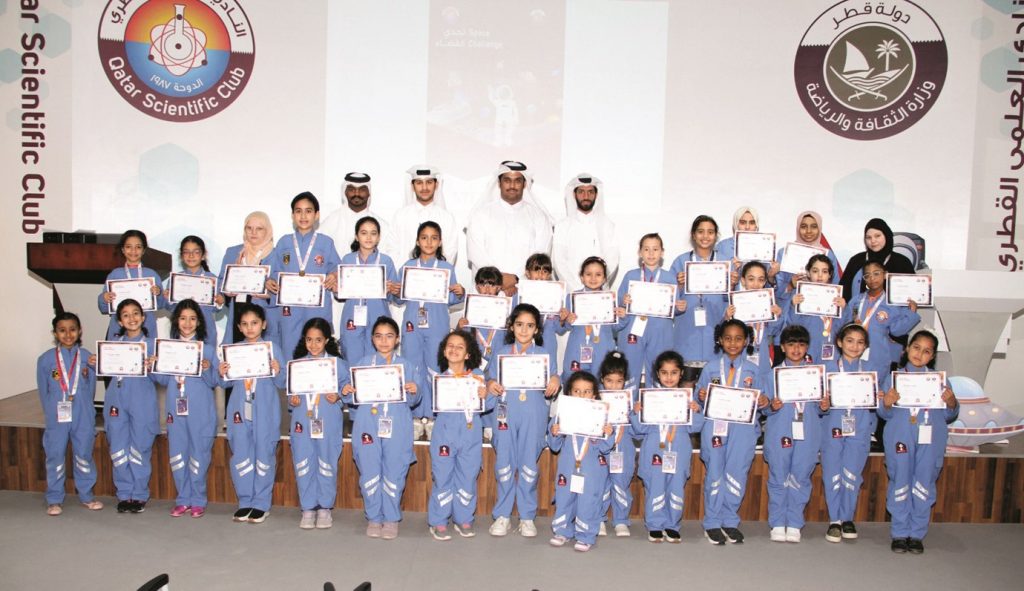 Yesterday, Qatar Scientific Club (QSC) concluded its Spring Camp activities, which kicked off on the 21st of December. Registrations for the camp surpassed the absorptive capacity of the camp, as 312 participants registered in the activities and were divided on three groups.

The activities plan included an evening group during the first week of the camp, then two morning groups and one evening group in the second week.

This year, the camp has a methodology that is based on the STEM syllabus, where participants have been provided with astronauts’ suits to go with the camp theme (Space Challenge) and to engage participants in the space mode. As for content, programs and workshops have been selected according to their relation to programming robots and 3D technology so that participant can implement planned projects with ease. These projects have included space crafts and rockets. Participants have learned basic principles for identifying problems and answering questions, then the designing, building and assembling of the two projects. They have also learned the basics of programming in general, designing and robot programing. Additionally, they have been given practical training on electronics welding on the basis of the STEM educational system, which attempts at meeting the challenges of the 21st century.

A questionnaire has been distributed to parents in order to improve and develop work at the upcoming camps. It includes questions that reveal the extent of their satisfaction with the activities in terms of the program, its scientific part, trainers’ ability to communicate information in a comfortable and easy way, and appropriate the timing of the program in relation to the activity.

Ms. Fatima Al Mohannadi, Director of the Promising Innovator Center and Scientific Officer in charge of the Spring Club at the QSC has said that the main objective of this activity is to encourage creativity and innovation, not ready-made knowledge. she has noted that the activity has been supervised by a group of Qatari young people who have had a prominent role in the success of this camp and attracting participants to be engaged in the various activities of the club with the leadership of Sheikh Ali bin Salman Al Thani, head of the activities and events team at the QSC.