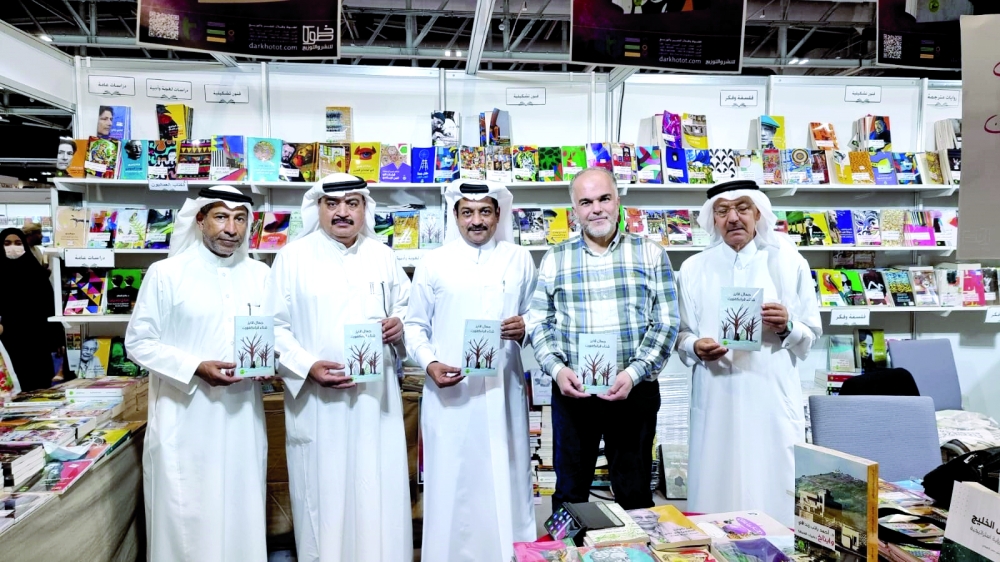 A group of writers affiliated to Qatari Forum for Authors participated in the 26th  Muscat International Book Fair, including writer Saleh Gharib, Director of Programs at the Forum, who emphasized the importance of this fair, one of the most important book fairs in the Gulf due to the number of participants from Omani, Gulf and other publishing houses. The Fair was attended by Arab intellectuals who participated in the accompanying diverse cultural events that attracted many visitors from all over the Sultanate.

Saleh Gharib described the Fair as being rich in various cultural events and activities, marked by the attendance of writers from all over the Arab world. He also praised the participation of Qatari publishing houses, which were outstanding through their publications and activities.

He noted that he enjoyed and benefited from this three-day visit, which was full of activities and the exchange of experiences among cultural authorities. He participated in the activity of the Omani Writers Association in a session on the importance of signatures in book fairs and attended some inaugurations as well.

Mr. Jamal Fayez, in turn, expressed his happiness to have participated in the Fair by signing his novel “Frankfurt Winter”, which was previously inaugurated at the Doha International Book Fair in its latest edition. He also participated in the literary discussion session entitled “From the Story to the Novel, a Life Journey” moderated by Dr. Fatima Al-Olayani, who is in charge of Fatima Al-Olayani Literary Salon. The session was held in the pavilion of the Ministry of Culture, Youth and Sports in the Sultanate of Oman and was attended by a large number of writers and the Fair visitors.

On his part, Dr. Muhammad Al-Enezi expressed his happiness to have met Omani readers, noting that he sensed Omanis’ desire to read and acquire books. He added that he signed his two new publications at the Fair, and talked to the attendees about them. He described fairs as very important for the writer to introduce his cultural achievements.