Back / العودة
You are here: You are here: » News » Abdul Rahim Al-Siddiqi: We Discussed the Children’s Theater with the Prime Minister

Abdul Rahim Al-Siddiqi: We Discussed the Children’s Theater with the Prime Minister 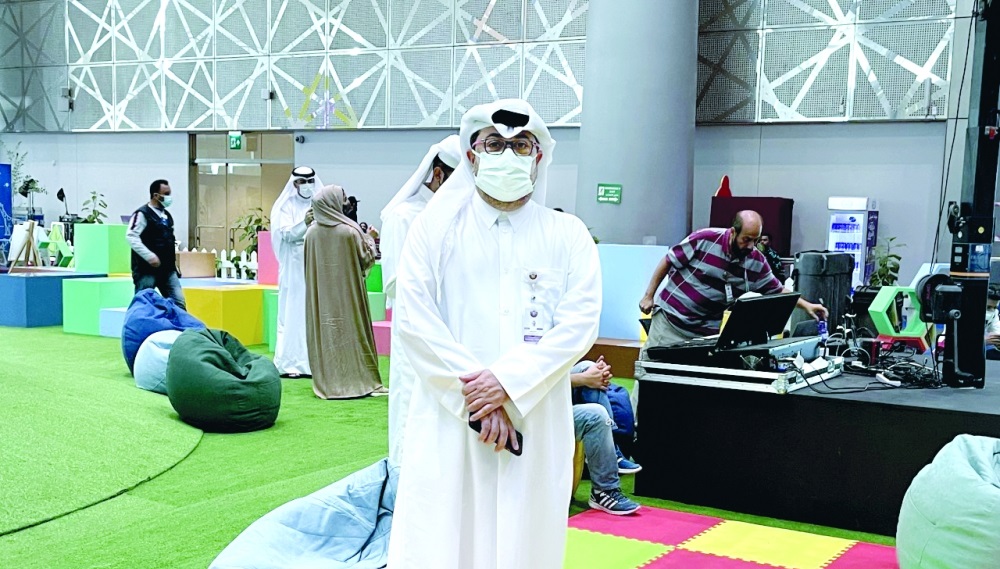 Abdul Rahim Al-Siddiqi, Director of the Ministry of Culture’s Theater Affairs Center said, “We were pleased today to see the opening ceremony of the 31st Doha International Book Fair. We were honored to be in the presence of His Excellency Sheikh Khalifa bin Abdul Aziz Al Thani, Prime Minister and Minister of the Interior at the opening ceremony. His Excellency announced that there will be more than one theater production at the fair.” He added, “I assured him that His Excellency the Minister of Culture has provided us with all the support we needed, and that we hope to see the theater season resume soon within the guidelines to be issued by concerned agencies regarding the pandemic. We also hope the Doha Theater Festival will be held soon.” During his visit to the Theater Affairs Center’s booth, His Excellency explained that, “Children’s theater is the cornerstone of theater.” Al-Siddiqi reported that he reported to His Excellency on the puppet theater, its annual shows, and the awards it received. The book fair offers three children’s shows: My Cloud, Make Your Dream Come True, and The Time Machine.

Al-Siddiqi remarked that children under the age of 12 cannot visit the fair, but they can watch the theater performances on Qatar TV. He also mentioned another play, Al-Asmae Baqou, which is performed January 20-22 at the Drama Theater in Katara. The play heralds the return of some theater stars, such as Ghazi Hussein and Hadiyya Saeed, along with a selection of young actors. He concluded his remarks by expressing his hopes for the audience to enjoy the performance.