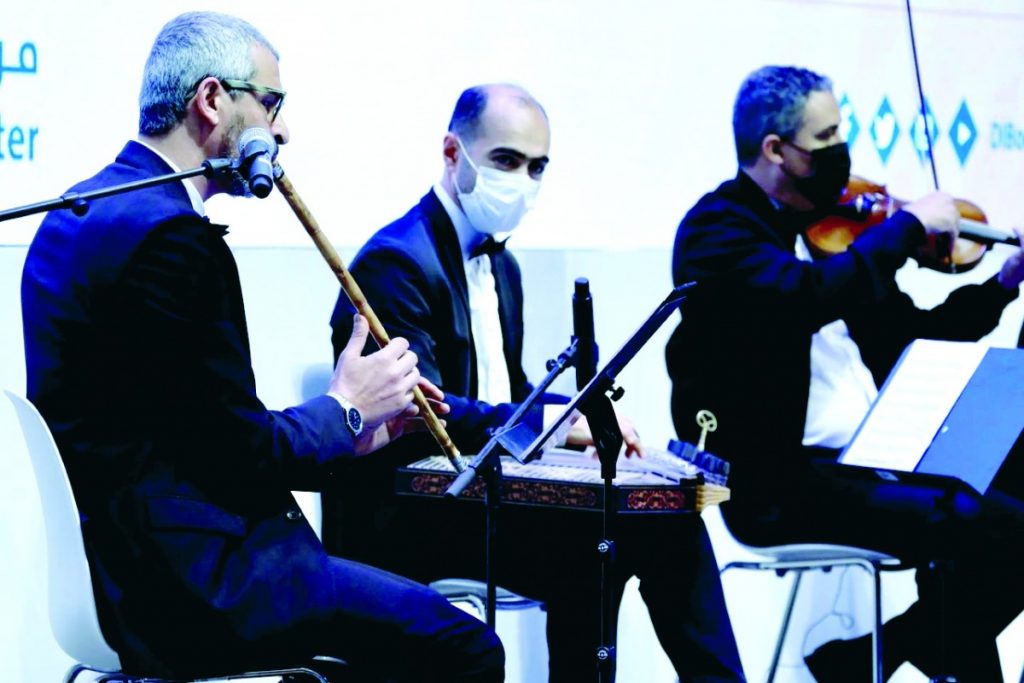 Abdul Hamid Al-Yousef, Deputy Director of the Music Affairs Center, affirmed that the performance auditions that are held on the sidelines of the 31st edition of the Doha International Book Fair aim to explore and support musical talent in Qatar, in preparation for the 2022 competition, which the Center will launch in due course. Al-Yousef called on those wishing to discover their talent to visit booth No 3 of the Ministry of Culture’s exhibition pavilion for test performances on the piano, lute, and qanun (string instrument), and to register in anticipation of their candidacy at the competition. He noted that the Ministry of Culture’s Center continues to play its role in supporting musical activity in Qatar, following up on matters of music and documenting them, developing talent, and disseminating the culture of music among citizens and residents.

With respect to this year’s activities presented by the Center at the exhibition, Al-Yousef said: “We presented a variety of musical events, such as the singing evening show, which was held in cooperation with the US Air Force Band (AFCENT), the oriental strings evening show, and the religious singing performance, which was held at the end of Doha Capital of Islamic Culture 2021, in addition to the daily presence of a group of instrumentalists inside the Ministry’s pavilion, where they make various performances and melodies using eastern and western instruments, such as the flute, qanun (stringed instrument), lute and violin.” He said further: “There is also half way through the exhibition a pianist who makes well-known international performances during morning and evening periods.”

The Center seeks to mark its presence in various parts of the State of Qatar, such as Msheireb, public parks, and metro stations, with musical sequences known to the public in order to spread the culture of music, draw attention to the Center and its activities, and seek public participation through these wonderful musical pieces. The aim is to spread the culture of music and introduce the importance and role of arts in the community.